'League of Legends' Akshan LEAKED Abilities, Gameplay, and MORE | How Good the New Rogue Sentinel Is?

"League of Legends" is recently rumored to be receiving a new hero called Akshan. And now, Riot Games confirmed this hero. Besides, the Rogue Sentinel will arrive in the Summoner's Rift sooner than fans expected. 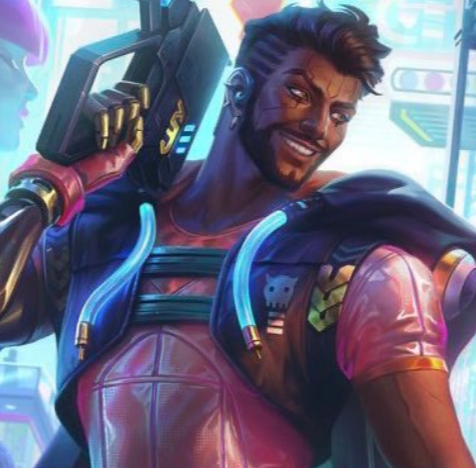 (Photo : Screenshot from Twitter post of @baephine)
'League of Legends' Akshan LEAKED Abilities, Gameplay, and MORE: How Good Is the New Rogue Sentinel

Fun fact - riot is big enough to have multiple teams, one releasing new champs, and one reworking old ones. Which is why Mundos rework just happened, Tahm got a mini rework, and Udyr is now being reworked in the near future.

However, the giant game developer hasn't confirmed if it will be released this coming July 21, which is also the exact launch date of "League of Legends" Patch 11.15. Although his arrival still remains a secret, this didn't stop some leakers from posting the possible skills and gameplay of Akshan, the Rogue Sentinel.

Riot Games confirmed the new champion after it unveiled the latest "Sentinels of Light." This new hero is expected to help players to protect Runetterra from the Black Mist.

On the other hand, Akshan is expected to be the main counterpart of the recently released hero called Viego. Rumors claimed that the Rogue Sentinel will bring more damage and mobility skills once he arrives in the game.

According to Dot Esports' latest report, will have three-hit passive, which will give him plenty of power. Aside from this, his passive skills will also offer a shield and a movement speed boost whenever he successfully makes three attacks. 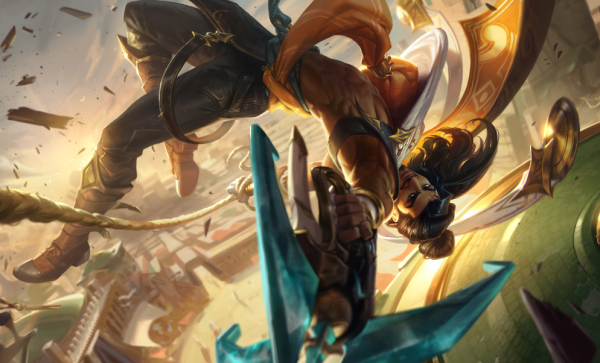 (Photo : Screenshot from Twitter post of @GenshinImpact)
'League of Legends' Akshan LEAKED Abilities, Gameplay, and MORE: How Good Is the New Rogue Sentinel

I think his kit is a bit too good, however I’m waiting to see his cooldowns to have my final opinion.

I’m just so surprised how FRESH Akshan feel, we have never seen abilities like that (let’s forget about the three hit passive). pic.twitter.com/dlJO7SweoB

Here are his four remaining skills that you need to check:

The new League of Legends hero will toss a boomerang. This will deal physical damage and will reveal enemies hiding in bushes and other blind spots. On the other hand, its range will also increase as the boomerang hits more enemies.

Akshan will have invisibility for a couple of seconds. During this activation, the upcoming hero of Riot Games can see the path leading towards a Scroundel, a creep that he spawns when an enemy kills one of his allies. Whenever he kills a Scroundel, he will gain additional movement speed, gold, and mana regeneration.

Akshan fires a hook shot that embeds in the first terrain hit. While the mark in is the area, he can recast his 3rd Skill and swing around the terrain in the cast direction.

On the other hand, he can also fire some bullets while swinging and using his Heroic Swing.

First, Akshan will lock an enemy. Then, he will power up his gun to store bullets. After the casting duration, he will release all the store bullets on one enemy. This is currently a great skill, especially since squishy heroes are getting massive upgrades from Riot Games.

When it comes to gameplay, you need to expect that Akshan will be an ADR. Based on his skills, he will be similar to the old version of Graves.

Polygon reported that Riot Games will change Thresh's appearance. However, some leaks claimed that the rework will be less scarier than the original appearance of the support hero.

Some fans even commented that the new Thresh version looks like one of those made by fantasy-based fans. As of the moment, Riot Games still hasn't confirmed the upcoming update for Thresh.

For more news updates about "League of Legends" and Akshan, always keep your tabs open here at TechTimes.