Nintendo Switch OLED. It's not the long-rumored Switch Pro that fans have been waiting for, but it's still an upgrade.

When Nintendo announced the new OLED-equipped Switch for October, many fans didn't know how to react. But maybe there is actually something great with the brand-new handheld gaming console that fans didn't see. And in this post, those perks are going to be explored. 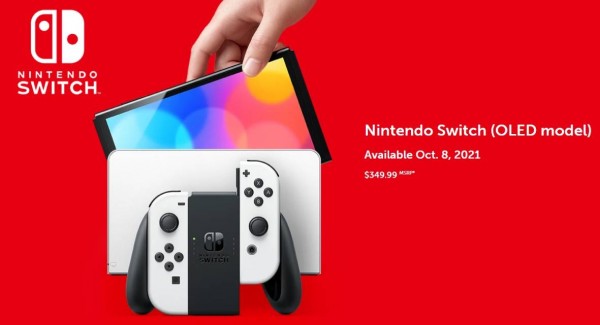 Nintendo Switch OLED Vs. The Switch and Switch Lite

Compared to the base Switch and the Switch Lite, how does the new OLED model stack up, though?

TechRadar pitted the Lite against the OLED model to see which of them is the better buy. And the results are quite telling. First and foremost, the price is going to be the biggest consideration. The Nintendo Switch OLED is going to retail for $349. In comparison, the Switch Lite retails for $199; $150 less. The biggest draw for the Lite model is the portability it offers, however. If you're more of an on-the-go gamer who rarely has the chance to sit down in front of a TV, then go for the Switch Lite.

The main reason is that the Switch Lite does away with the base Switch's TV docking feature. Plus, the Lite comes in tastier colors designed to fit almost any taste, like the Blue color that just released back in May.

Next up is the base Switch model, the first one that was released in 2017. When comparing spec for spec, the standard model and the Nintendo Switch OLED are more or less the same, aside from the upgrades of the latter. So, if you're one of those who bought the standard console when it first came out, upgrading to the new OLED model isn't worth much unless you're gunning for the screen.

What's So Good About OLED?

In the past, talking about OLED screens meant that you'd be referring to huge, super-high-resolution TVs. But now, it's installed on a handheld gaming console of all places. Given the Nintendo Switch OLED's larger 7-inch screen, the graphics on the console will pop even more.

That's because OLED screens are at the topmost tier for overall display quality. Unlike typical LED screens, OLED uses organic compounds to produce the colors on display. For it to simulate certain hues (say, for example, black), all it needs to do is turn the pixels off. This results in much deeper, richer blacks and improved picture contrast. Not to mention, an OLED screen is also more power-efficient.

Couple that screen with a battery life upgrade (4.5 to 9 hours according to the official Nintendo website), and you'll be spending more time playing than charging up your device.

The Nintendo Switch OLED is the next-generation iteration of a handheld console that has already sold more than 84 million units. While it's not much of an upgrade from the standard model, the OLED Switch is a good buy if you haven't owned Nintendo's handheld before.

Related: Nintendo Reveals That 20% of Switch Units Sold Last Year Were to Homes Which ALREADY Had One