"PUBG Mobile 5.1" slapped the entirety of Telsa's Gigafactory in its new map update, which is now available for Android and iOS. 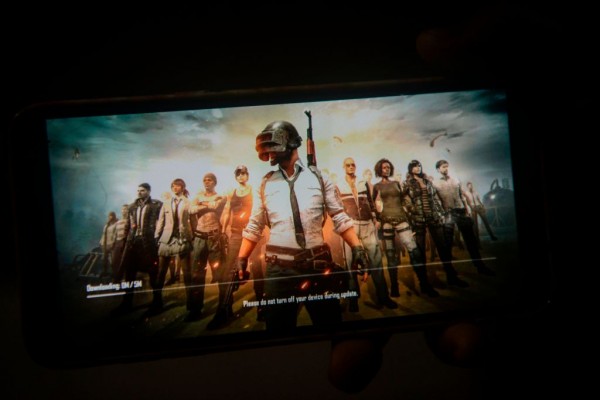 (Photo : by DIPTENDU DUTTA/AFP via Getty Images)
In this file photo illustration taken on September 2, 2020, a girl holds her smart phone as she updates the "PUBG Mobile" game, owned by Chinese internet giant Tencent, in Siliguri. - PUBG, or PlayerUnknown's Battlegrounds, is a military-style war game where teams battle online, and whose mobile app has been downloaded hundreds of millions of times around the world.

The Tesla building on the Erangel map update is only one of the numerous new additions that graced the 5.1 patch of the battle royale game for mobile.

The electric car giant is part of the new futuristic tech location in the playing grounds, wherein players try to survive and win.

According to Android Police, fans of the game patiently waited to get the newest update for two months. The new patch introduced changes for vehicles, weapons, modes, and more, as per the game's full patch notes that was released on July 8.

Additionally, the update for Android users will be smaller than for iOS gamers. For the iPhone, the game needs at least 1.64 GB of storage, whereas only 686MB is required for the former.

Recently, on June 16, Krafton, the game developer of "PUBG," aimed to raise a total of $5 billion in its South Korean IPO.

Tesla and "PUBG Mobile's" collaboration birthed the existence of the Gigafactory in the Erangel map option. To be precise, the car factory will be seen in the Mission Ignition mode of the game.

Players will also stumble upon the Tesla Model Y while strolling around the Gigafactory. It is also interesting to note that the autopilot of the said electric vehicle was also brought to life in the game.

That said, gamers could focus on their enemies as the car drives by itself along the highways. They will only have to enable the pre-set markers to do so.

Not to mention that the map also included the random appearance of Tesla Semi trucks, adding to the electric sedan. The truck is something that players shall look forward to as firing their weapon onto it will drop the Supply Crate, packed with tons of additional loot.

XDA-Developers noted the Tesla Semi truck is similar to the armored loot trucks that players see on another map option, Sanhok, which carries an Asian geography theme.

The new update further introduced tons of upgrades for the firearms and an additional weapon too.

The latest firearm is the MG3, a light machine gun that uses 7.62 bullets. Plus, its fire rate could range from 660 to 990 rounds per minute.

Meanwhile, the M249 will be replaced by the MG3 inside the airdrops. As such, the former will now freely be looted elsewhere in the maps.

Read Also: 'Battlegrounds Mobile India' is a Copycat of 'PUBG'--What Makes it Different from the 'PlayerUnknown's Battlegrounds'

As mentioned, the Tesla Gigafactory will be seen at the new Mission Ignition mode, which will go live from July 9 to September 6. The new mode will transform the Erangel into a technologically advanced location.

The company DynaHex is utilizing the said map as their research center, thus the changes. All previous locations in the former iteration of Erangel have been remodeled and renamed.

Pochinki is now a Transit Center, the Mylta Power turned into an Energy Center, and the School has been transformed into a Tech Center, to name a few.

Meanwhile, here are the best RPG Titles for Smartphones.