TAG Heuer and Nintendo have teased their collaboration effort which would bring a Super Mario watch, believed to be a limited-edition timepiece in honor of the character. The initial launch was suspected to take place in the coming week, and it would be something to look forward to, especially for fans of the game series and connoisseurs of the wrist accessory.

Nintendo was known to have debuted a lot of products concerning Super Mario for the series and character's 35th-anniversary celebration last 2020, but it seems that the special accessories and items are not yet over. 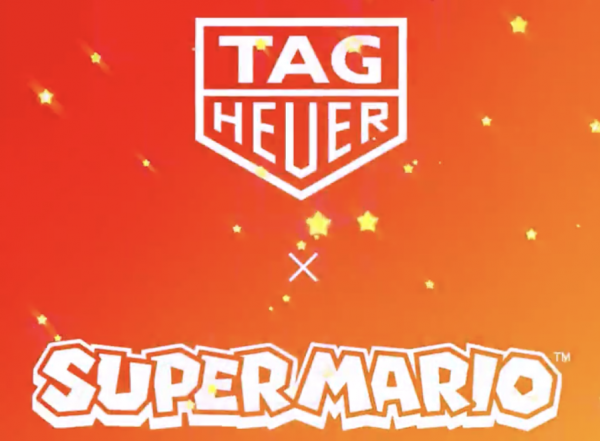 TAG Heuer is a massive luxury watch manufacturer which is known for its Swiss designs and brand, being one of the most renowned watch companies in the world. Its presence in the modern age signifies that it could still maintain its branding, and keep up with the trends including that of Nintendo's favorite red and blue plumber, Super Mario.

The watch company put this venture under its "Coming Soon" link, showing that collaboration has taken place between them and Nintendo, only to have it announced several days before the big reveal.

For now, the company is awaiting its release date, and there are no clues as to what TAG and Nintendo will be bringing for the device that is birthed from their partnership.

The public has likely guessed that this is a watch from TAG and Nintendo, especially with the box that was animated to shake like it is hatching and soon reveal its contents. However, it remains unknown to people if it would be a regular watch or a smartwatch from the company, as TAG is known for creating one to track golf, among other features.

When is the Release Date?

The release date of the secret collaboration of TAG Heuer and Nintendo would be in the coming five days, on July 15. There is a countdown on TAG's website of the reveal, and it would most likely be held in their social media accounts or the website itself.

In terms of live streaming the reveal of the watch, it is somehow unknown as of the moment, as TAG is usually not known for a massive event for a single watch release like this one with Super Mario.

What to Expect for the Collaboration with Nintendo?

As mentioned earlier, it remains a mystery to the public what TAG and Nintendo have for their fans and enthusiasts, with the specific Mario goodies that would come out of the box. Furthermore, it could have a lot of possibilities to be, ranging from a regular watch to a smartwatch, or something where one could play on "Super Mario" mini-games.