iPad, iPhone Notes App: How to Add Grids and Lines?

iPad and iPhone Notes App with grids and lines? Here's how to add it, which could further help taking down information on your Apple devices become easier. 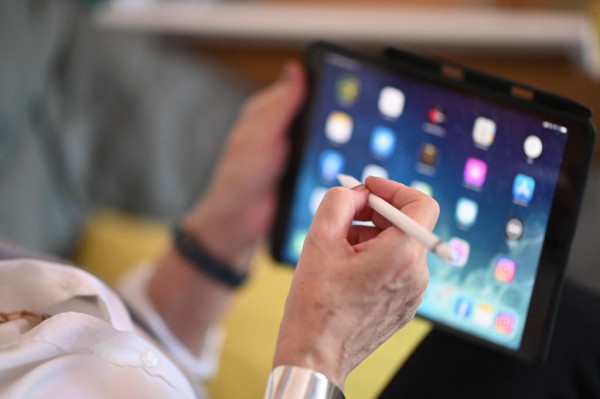 (Photo : by Uli Deck/picture alliance via Getty Images)
PRODUCTION - 02 June 2021, Baden-Wuerttemberg, Gaggenau: Senior citizen Elisabeth Groß holds an iPad in her hands in her study. A research project of the Karlsruhe University of Education (PH), the Karlsruhe Institute of Technology (KIT) and international partners now wants to ensure that seniors are not digitally left behind.

The iPhone and the iPad, the latter, even more, are used by its users as productivity devices as they have features that enable note-taking and drawing while on the go.

As such, countless apps have already flooded the Apple App Store to provide expansive features to do just that. Evernote and Notion on iOS are a few of the popular titles that flaunted themselves as productivity tools.

Although the built-in app is known to follow the minimalist philosophy for its overall interface, there are handy features hidden in it.

For instance, both the Notes app can change the default blank page on the notes app similar to a real notebook with printed lines or grids.

How to Add Lines and Grids from New Note?

The lines and grids options could be set on a page even before a user starts to take down information, as per iMore. It is essential to note that it is pretty simple to do, which could be done in a few taps away.

That is how it is done, at least for when starting from a blank page.

How to Add or Change Lines and Grids on Previously Taken Notes?

According to Apple Insider, the process is relatively close to doing it on a blank slate. Also, users could change the style of lines or grids on existing notes: here's how:

How to Apply Lines or Grids by Default for the Notes App?

If a user will instead use the line or grid style over and over again, it would be best to set it by default. Apple allows that option for both iPad and iPhone owners via the Settings app.

It is to note that setting a line style by default will not remove the option to change it from the Notes app.

If you're a Mac and iPhone user, here's how to scan documents directly from your laptop via your smartphone.

Elsewhere, iPhone owners should take note of these popular apps that can be traced.