NASA warns about an upcoming catastrophe due in the next decade if their projections are correct.

According to their recent research, the moon is going to 'wobble' in its orbit in the 2030s, leading to a massive flood devastating coastal areas, writes The Sun. The wobble will also cause a further rise in sea levels alongside extreme low and high tides. 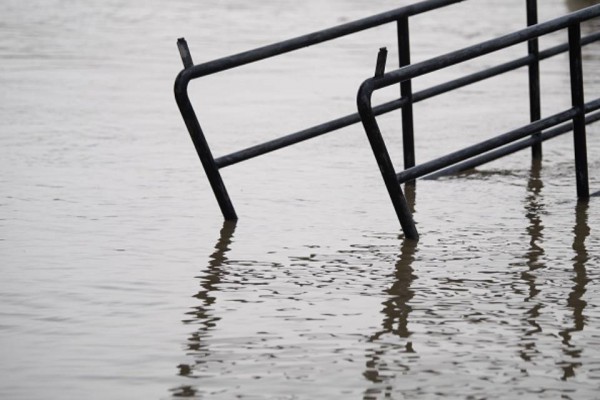 The research, which is published in the journal Nature, says that cities all along the world's coastlines are going to experience bigger flood days, increasing in prevalence within only a few months in a year. Multiple coastal regions in the

the United States is going to be the most affected, they say.

What this means is that if you live in the East, Midwest, and Southeastern United States, you'll need to prepare for the inevitable. However, NASA chief Bill Nelson said that the agency is doing what it can to provide help in planning and protection, courtesy of their Sea Level Change Team, writes News18.

NASA: Moon Wobble Is Nothing New

The moon's wobbling is not a very strange phenomenon, so hold your horses with those doomsday claims.

According to the agency, the moon "wobbles" in its orbit every 18 and a half years. And if you paid attention to science class as a kid, you would know that the moon's orbit affects tides. NASA says that the moon is currently in its so-called "wobbling cycle," and it's set to happen again in the mid-2030s. But flooding all at once is the least of those coastal communities' worries.

Phil Thompson, an assistant professor at the University of Hawaii and the NASA study's lead author, says that water slowly seeping in can become a public health issue. Just think about it: pools of stagnant water popping up everywhere would be a haven for something like a mosquito infestation. This could then lead to a potential dengue outbreak.

A flood of such a massive magnitude happening 10 out of 15 times a month could also render businesses non-operational because facilities such as underground parking lots would be underwater.

A lot of people still underestimate how powerful the moon's gravitational pull is. That pull is the literal reason why we have low tides and high tides. But NASA's projection of the moon wobble will cause those tides to be pretty extreme.

See, the moon wobble phase pulls on the Earth's ocean is a very defined manner relative to its gravity. All of the Earth's oceans always "bulge out" towards the moon and wherever it might be positioned at the time. That bulge is what we know as high tide. But with the moon wobble, these tides are going to get pretty extreme: low tides are lower, and high tides are higher. Any other part of the ocean that isn't in the bulge is considered low tide. Here's a video that perfectly explains the moon's pull on the tides in action:

If and when the flooding occurs in the next decade, then it will be the next major one after the last, which occurred 13,000 years ago and caused "abrupt" climate change.

Related: What My Property Value Looks like in Flood Zone

What My Property Value Looks like in Flood Zone

How The Moon Affects Tides