Elon Musk has noticed a SpaceX Super Heavy Booster render that showed the 33-engine configuration of the company, and said that it was "very accurate." This highly signifies that the talented artist caught the embodiment of the Super Heavy's Raptor engines before it can be shown to the public. The image also shows what people could expect when it officially rolls out soon.

It's halfway to July, and there is still no Full-Stack test flight from SpaceX, despite being initially teased by its billionaire CEO via Twitter, with the entire world waiting on the Stainless Steel Mars spacecraft. The Starship has already succeeded with the SN15's landing test and is waiting on its rocket booster. 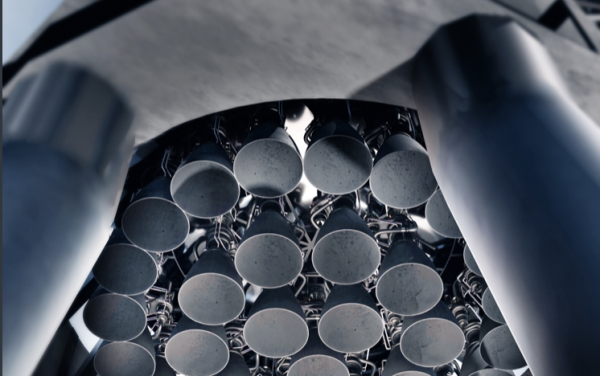 In the Twitter world, there are a lot of fans that have different professions, it includes being in almost all industries, including graphic design, car manufacturing, media, entertainment, and others. That being said, a recent reply by the SpaceX CEO has highly regarded a SpaceX Super Heavy Booster render, which shows the 20-10-3 setup of its Raptor engine.

The image created by ErcXspace (@ErcXspace) shows the full glory of Super Heavy's 33 engines and is standing on its launch and catch arm at SpaceX's Boca Chica facility.

Musk has noticed the image and said that it is "very accurate" in terms of capturing the image and likeness of the upcoming rocket booster for SpaceX. It was initially known that the Super Heavy was already shown in the image, standing on its launch arms, but is not yet operational.

The Raptor engine render shows a lot of engines fitter underneath the rocket booster, and it is something which people should expect to see in the coming weeks if SpaceX is to continue with its full-stack tests.

When Will We See the Super Heavy, Full-Stack?

Currently, there are no announcements or hints from SpaceX or its eccentric CEO about the Full-Stack flights, as the company is still awaited by the public for its announcements. Late June and early July, Musk was all about hinting and teasing on SpaceX's Full-Stack test flight which would put a towering spacecraft, atop its enormous rocket booster.

The public would have to wait and see for now, as for unknown reasons, there is no schedule yet of the full-stack flight.

Not yet FAA Approved?

On the other hand, one of its possible reason is that the SpaceX Starship Launch Tower in Boca Chica is still. unapproved by the FAA, and this may be something that is hindering the flight. On the other hand, the launch tower and catching arms of Super Heavy may also be facing the same dilemma.

This is still evident, despite the successful launch and landing of the SN15, achieved several months ago.