A PlayStation 4 (PS4) warehouse filled with thousands of consoles was actually mining "FIFA" Ultimate Team cards instead of crypto, according to a report.

The report comes a couple of days after Ukraine's Secret Service (SBU) raided a warehouse that was said to be stealing electricity from the power grid. It was claimed that the mine caused power outages in the area it is located in. 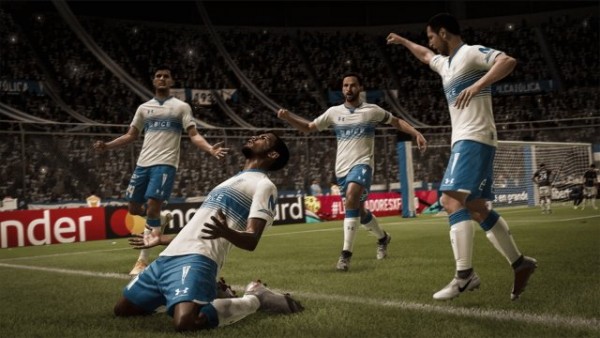 "FIFA" Ultimate Team cards are the focus of the mining activity in the PS4 warehouse busted by Ukrainian authorities, according to a local website.

The report, which was posted by Ukrainian site Delo and cited in an article by Kotaku, said that photos that have been released by authorities showed game discs "popping out of consoles."

According to the Kotaku article, sources have told Delo that the warehouse went about its "FIFA" Ultimate Team farming by making PS4 consoles automatically play the game in order to get in-game currency. Either the in-game currency alone or the account itself is then resold for profit.

Initial reports following the discovery of the farm alleged that the PS4 warehouse was farming crypto. At that time, Ukrainian officials claimed that it was the largest crypto mining farm that has been discovered in the country.

The warehouse, which is located in Vinnytsia, housed more than 5,000 devices that included PS4 Pro consoles, according to Kotaku. Ukrainian authorities alleged that the farm stole "as much as $256,648 worth of energy from the surrounding grid using special electrical meters to hide the theft."

The power company said that no power has been stolen by the PS4 warehouse, but also said to "let SBU figure out what has happened."

The "FIFA" Ultimate Team mode is " built around the idea of constructing a team for online play by paying for decks of virtual cards that contain random assortments of virtual players," according to the report.

The "FIFA" Ultimate Team mode has been alleged to be a form of gambling, which game developer Electronic Arts (EA) denied. As a result, it has been banned in certain countries and regions such as Belgium.

EA Insists Loot Boxes Not A Form Of Gambling, Will Still Keep Them In Its Games