Over the last few days, "Fortnite" leaks have been around the corner. Fans have been guessing what could be the next crossover, character, or changes that would come in the game.

Apparently, a recent forum from Reddit highlighted that Epic Games' battle royale video game would introduce new plans, including Naruto, Lady Gaga, and Ariana Grande. That's the most important detail in the leaked document, but more are expected to come sooner in the game. 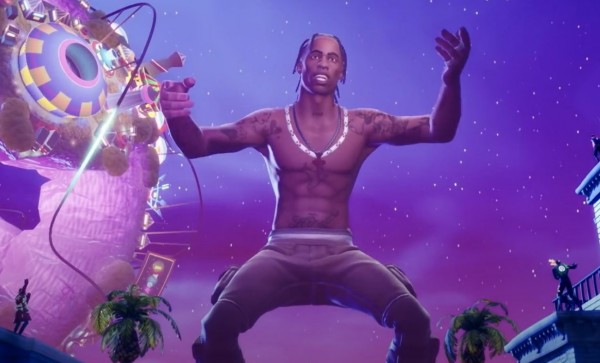 Last week, a subreddit r/Fortniteleaks caught the fans off guard due to the latest tease revealed in the official document. The discussion moderators said that they got the information from someone who knows Epic Games' plans for the game.

This is not the first time that the anonymous leaker has divulged a confidential detail about the game. During the previous season, the tipster had reportedly shared advanced details for the game.

The recent "Fortnite" v.17.20 patch might be the biggest surprise up to date for the players, but what's ahead of them would be the unexpected present that they could receive at an uncertain date.

On Tuesday, July 20, Eurogamer reported that the Reddit mods from the "Fortnite" forum have faith in the unidentified leaker. According to the court documents, Epic Games has been planning to bring Lady Gaga and Ariana Grande concerts in the game in line with the controversial feud of the company with Apple.

The said document had involved the previous LeBron skin in the game. It was intended to be released last year, but it only arrived in 2021.

Moreover, the leak also revealed that there would be a series of crossovers in the future. Players could anticipate the arrival of the characters from the popular superhero movies "Suicide Squad" and "Justice League." Additionally, another film under James Gunn has been linked to the previous films.

Interestingly, the famous shonen, "Naruto," is likely to be incorporated in the game as well. According to the sources, the license for the said anime is now being discussed by the company. It will reportedly come through the battle pass next season.

For those who are fans of "Stranger Things," here's the best opportunity for your favorite tv series. Moreover, the leaks suggested that a new feature called "The Sideways" will be teased along with the monsters.

'The Rock' is Coming to 'Fortnite?'

Besides crossovers and multiple characters to be added in-game, the leaker also revealed that Dwayne "The Rock" Johnson will most likely come to the game. Still, this remains unofficial, and we could only confirm that after hearing the official announcement from its maker, Epic.

"Fortnite" new changes for the Chapter 3 map could potentially land soon. Most probably, the rideable mechs could eye a comeback for this time in the game.

Related Article: 'Fortnite Leaks' Search Query Higher than 'Content' Searches | Would the Hype be there if Leakers Never Existed?