Smartwatch devices and other wearable devices can be quite invaluable to those who are struggling with addiction, according to a recent report. 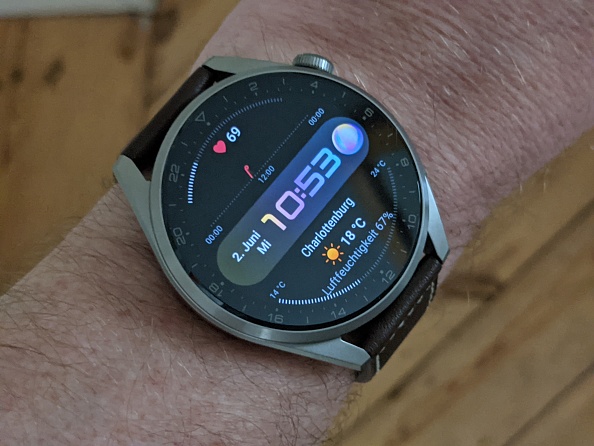 (Photo : Christoph Dernbach/picture alliance via Getty Images)
02 June 2021, Berlin: The new mobile operating system HarmonyOS on the new Huawei Watch 3 Pro. The Chinese technology company has the new system on Wednesday on the market consideration. Huawei wants to free itself from the dependence on Google.

A team from Washington State University recently published a study in the Journal of Medical Internet Research, which says that a wearable wristband like a smartwatch can help with fighting relapses by measuring how the body responds to stress in real-time, writes MedicalXpress.

In people who suffer from addictions like alcohol dependency, stress is one of the most common triggers for relapsing. In an attempt to see the inner workings of this, the researchers asked several smartwatch owners to answer survey questions on their phones four times a day. The study's participants were also given the option to push a button whenever they feel like increasing stress levels.

The results indicated that a smartwatch or any wearable technology effectively measures stress levels in real time. According to the researchers, the data they collected can be used to develop new intervention techniques, which will improve people's chances of fighting relapses.

Read also: The Advantages of Wearable Tech According to Fitness Coach Jolene Cherry

Smart Watch And Wearable Tech In General: Not Just for Fighting Alcoholism

Of course, it's not just alcohol dependency that a typical smartwatch can fight against. There's also the problem of drug addiction, which is pretty rampant in the world.

In the United States alone, 50,000 people die every year from drug-related overdoses, writes Forbes. Furthermore, data from the CDC also revealed that an additional 13% of Americans started or increased their substance abuse during the pandemic. Again, stress is at the forefront of the problem.

With modern wearable technology like a smartwatch being equipped to handle stress monitoring in real-time, it could very well help anybody close to relapsing because of recognition. Just the fact that a person can recognize stress is more than enough to limit the impact of a stressful situation, according to the aforementioned WSU study. As a result, it helps minimize the chances of going back to abusing substances like alcohol or drugs.

Wearable Tech Is No Longer a Mere Fitness Fad

Around two years ago, various experts believed that wearable technology will become a fitness staple. While some parts of it are true, it's definitely not the full picture. The adoption of wearables did see an increase since then, though. 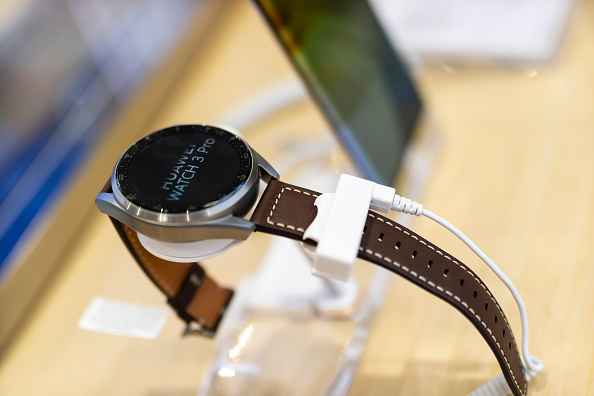 (Photo : Chen Jiapeng/VCG via Getty Images)
SHAOXING, CHINA - JUNE 02: A Huawei Watch 3 pro smartwatch running on the HarmonyOS 2 operating system is on display at a Huawei store on June 2, 2021 in Shaoxing, Zhejiang Province of China.

Just this year alone, it's been revealed that smartwatch shipments increased by 35% year on year since 2020, with the Apple Watch still leading the global market. More and more people have been buying their own smartwatches, Fitbits, and the like, not necessarily so they can have a tricked-out timepiece. They were buying it for health-related features like blood pressure and heart rate monitoring, among others.

With more people around the world owning (or wanting to own) a smartwatch, there could be a day where addiction rates experience a slow but steady decline--if things play out according to plan.

The Advantages of Wearable Tech According to Fitness Coach Jolene Cherry