Atom Computing, the fast-growing tech startup focused on quantum computing development, is on the fast lane in organizational growth and technological advancements.

First, it announced in a recent press release that it is transitioning into its next phase of growth after securing $15M in its Series A funding. As the first company to build nuclear-spin qubits from an alkaline earth element, Atom Computing has released its first-generation quantum computing system. Tagged "Phoenix," the 100-atom system is already showing impressive stability for a quantum computing system. The new release shows the company's capability for developing quantum systems with unprecedented stability at scale. 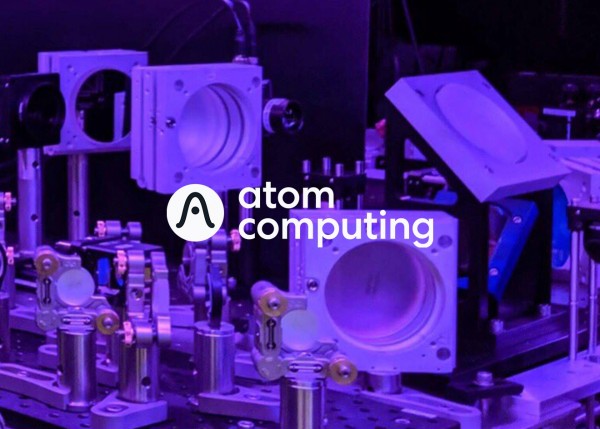 ALSO READ: Quantum Computing For Dummies: What Is It Exactly, And Why is It Making A Lot of Headlines?

A Brandmaker and Industry Veteran

To further achieve its targets, Atom Computing has also welcomed the computing industry veteran Rob Hays as its CEO and President, as well as including him in the company's Board of Directors. Meanwhile, company co-founder and CTO Ben Bloom, Ph.D., will continue supporting the Atom Computing engineering team and developing and executing the company's roadmap for a more scalable quantum computing system.

Hays, before his reassignment, previously served as Vice President and Chief Strategy Officer for the Infrastructure Solutions Group for Lenovo, leading the electronics manufacturer's growth and profitability strategy for services and data center product portfolio. He has also worked with Intel for more than two decades, becoming its Vice President and General Manager and leading the processor roadmaps for Intel Xeon product portfolio, creating a strong market brand.

"Quantum computing has accelerated to a point where it is no longer 10 years out. The scalability and stability of our systems gives us confidence that we will be able to lead the industry to true quantum advantage," shares Rob Hays, Atom Computing CEO and President. "We will be able to solve complex problems that have not been practical to address with classical computing, even with the exponential performance gains of Moore's Law and massively-scalable cluster architectures."

Atom Computing on a Meteoric Rise

The significant investment Atom Computing received from its successful Series A funding came from a number of investors led by Venrock, Innovation Endeavors, and Prelude Ventures. Additionally, the quantum computing start-up is the recipient of three National Science Foundation grants. Together, these shows of trust have allowed Atom Computing to invest in boosting its strength, forming a team of brilliant design engineers and quantum physicists to create a multifaceted, multidisciplinary team that led to the development of the Phoenix quantum computing system.

Its groundbreaking Phoenix system, the quantum computing system can trap 100 atoms in a vacuum chamber with ultra-precise optical tweezers. It can rearrange and manipulate the quantum states using lasers. With its revolutionary setup, it shows the possibility of exceptionally stable qubits at scale, reporting coherence times that are orders of magnitude greater than other conventional systems.

Additionally, Bill Jeffrey, Ph.D., will be joining the Atom Computing Board of Directors, carrying with him more than 30 years of expertise in executive leadership in developing advanced technologies. Jeffrey is the CEO of R&D company SRI International and has executive roles with HRL Laboratories, NIST, OSTP, and DARPA.

ⓒ 2021 TECHTIMES.com All rights reserved. Do not reproduce without permission.
Tags: Quantum Computer Startups
Most Popular