WAXP NFT Sees Massive Rise in the Industry, But Trails Behind Axie Infinity—What Is It?

WAXP is an NFT protocol that has been on the rise alongside the token's surge of popularity in the past weeks, as cryptocurrencies like Bitcoin and Ethereum decline. The rise of the NFTs has been popularized by the token video game "Axie Infinity," which has been one of the most popular names in the crypto industry.

If "Axie Infinity" is not for you, there are a lot of alternatives to choose from, and other game genres that are different from it, but still allow the trade of NFTs. However, if one is looking to just trade, or buy, or sell, then this new and upcoming one may be the one for them.

WAXP: What Is It? 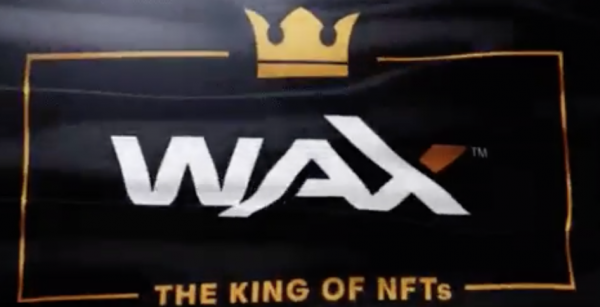 WAXP is known as World Asset eXchange, and it is an NFT protocol that is also a marketplace for buying, selling, and trading tokens, claiming its services to be safe and secure.

Despite being a newcomer, WAXP is already performing well in the industry, with its cryptocurrency being known to have a massive market cap of $446 million and growing (via CoinMarketCap).

Currently, it is ranked at 140 in the list and is a long way from Axie or Bitcoin's current rankings, but it is still climbing and performing well, despite the massive down of the blockchain industry. WAXP is a silent climber, as it did not have much of a loud presence in the online world as much as Axie's, but it still is facing a massive high today.

WAXP and Axie Infinity are two different platforms, with different goals in mind. However, both are grounded in the NFT world, instead of the cryptocurrency which is why it is not that affected by the current market trend that is going down. That being said, both of these are experiencing massive highs in the current market.

Axie Infinity is bordering more on games and the online world of NFT, while WAXP is more of a protocol platform where it could trade different works from different artists. Moreover, WAXP's platform can trade its NFT using the blockchain it owns, the WAX, which has a selling price of $0.11 in the market.

Is WAXP an Ideal Platform?

WAXP is another platform to exchange NFTs, and it has its blockchain to be used for purchases where people can also buy, sell, trade, and invest. That being said, it is the same as other NFT platforms, only that it is going on a massive growth these days, and giving people an alternative option.

The choice would still fall on users, especially when wanting to invest or play via Axie Infinity. However, if trading NFTs with one's work is the focus, WAXP is the ideal platform to use.