Google Wear OS 3 Update: Should You Wait Until 2022 to get a Compatible Smartwatch?

Google has given the name Wear OS 3 to its unified smartwatch platform, but it may seem that the good news ends there for now, especially if you are excited to buy a compatible smartwatch this year.

According to reports, the system update will not happen until the latter half of next year instead of this year. Aside from that, compatibility will be an issue as not all smartwatches will be compatible with the system update. Wear OS 3 will also require a full factory reset.

The unified Wear OS 3 is a collaboration between Google and Samsung that was announced back in May. It combines the Google Wear OS and Tizen, Samsung's mobile operating system, into a single OS.

Google Wear OS 3: When Will the System Update Happen?

The Google Wear OS 3 system update will not happen anytime soon, according to a post published online by Google.

"We expect our partners to be able to roll out the system update starting in mid to second half of 2022," the post reads.

The update comes as smartwatch enthusiasts anticipate the announcement of new Wear OS 3 watches next month during the online Samsung Unpacked event. Rumors of a Google Pixel watch have also been swirling online.

Google has also said that it will offer the system upgrade "on an opt-in basis for eligible devices."

Related Article: Google and Samsung Team Up to Merge Wear OS and Tizen - Will It Better Compete with Apple's watchOS?

Which Smartphones are Eligible for the Wear OS 3 Update? 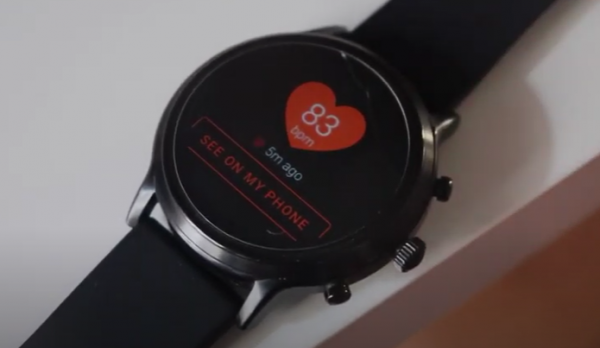 The Verge notes the smartwatches the aforementioned list leaves out, which includes "all of Samsung's Tizen-based watches." Last April, Google Wear OS-equipped G-Shock watches were launched by Casio.

With that being said, is it such a smart idea to buy a Wear OS-compatible smartwatch this year? At the end of the day, it will always be up to the one buying, but the report by The Verge notes that "everything that's available today either won't be updated or won't receive an update until late 2022."

Wear OS 3: 'The User Experience Will Also be Impacted'

While the Google post on the Wear OS 3 system update says that the system update will bring about the "benefit of many of the new experiences," it also notes that there will be an impact in the user experience in limited cases.

According to the report done by The Verge, Wear OS 3 "will require a full factory reset, wiping any settings and data you might have on the watch." With that bit of information, it is safe to say that it is good practice for any Wear OS owners to back up their smartwatches to their phones.

Also Read: How to Install Wear OS Apps from Your Android Smartphone

How to Install Wear OS Apps from Your Android Smartphone

Google Rumored To Rebrand Android Wear As Wear OS: Why Change The Name?

Google and Samsung Team Up to Merge Wear OS and Tizen — Will It Better Compete with Apple’s watchOS?