A fake Windows 11 installers have been flooding the internet as soon as Microsoft confirmed that the operating system is getting a major update. But some of these are filled with malware and adware. 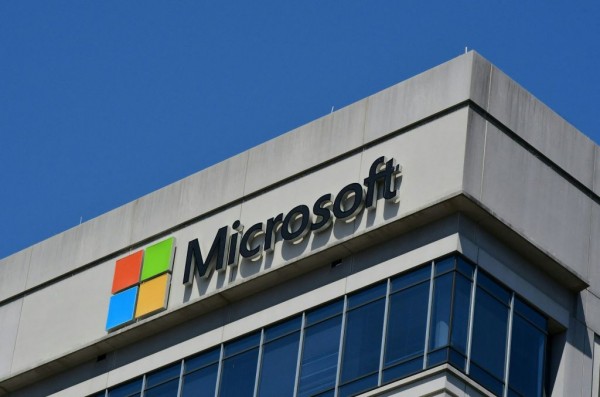 (Photo : by EVA HAMBACH/AFP via Getty Images)
A Microsoft logo adorns a building in Chevy Chase, Maryland on May 19, 2021. - Microsoft said it is retiring Internet Explorer, the browser it created more than 25 years and which is now largely abandoned as people instead use competitors like Google's Chrome or Apple's Safari. "We are announcing that the future of Internet Explorer on Windows 10 is in Microsoft Edge," the company said in a blog post Wednesday, referring to its other browser.

On June 14, Microsoft unveiled the next iteration of their operating system called Windows 11, which took about six years before replacing Windows 10.

Although the new software is basically the same as its predecessor in terms of the under the hood details, Windows 11 boasts note-worthy modifications in the interface and additional features.

The next-generation Windows is currently available for developers and will be released to the general public for free sometime this year.

Even so, there are many reasons why other folks are getting it from unofficial sources.

As per XDA-Developers, one of which has to do with the system requirements that Microsoft has recently imposed. To get the latest OS, an eighth-gen Intel or an AMD Zen 2 processor is required.

That said, some users desperately entertain other choices to get their hands on Windows 11. But why are people scrambling to get the latest OS even if the Windows 10 support is until 2025, which is still years away from now?

Kaspersky has some informed answers to that query, noting that software developers and tech reporters necessarily need the new software as they go on with their job.

However, other people simply fancy the novelty of the update.

Read Also: Weird Malware Called Oddball Blocks You From Accessing Piracy Sites Instead Of Hacking Device; What Kind of Sorcery is This?

Nevertheless, installing Windows 11 from unofficial and sketchy sources comes with tons of risks, one of which is getting malicious viruses from the installer.

By the looks of it, that technical moniker seems legit as the keyword "Windows 11 build 21996" is clearly present, plus, it is only at 1.75 GB. And to make things seem more real, the installer does have the ability to activate Windows.

But things start to go the awful route as another installer that goes by the name "Download Manager" pops up. And upon accepting the license agreement, which XDA Developers dubbed as "nonsense," that is when it starts installing tons of malware and adware to your PC.

That said, the only way to get the new OS officially is from the Windows Insider program, which requires registration via this link.

It is to note that only the devices with Windows 10 can upgrade to Windows 11. Additionally, the current version of the OS is only the prebuild, which is still unstable.