Windows 11 is set to be a free update for eligible and licensed Windows 10 devices, Microsoft has confirmed.

In a blog post published on the company website, Microsoft said that the Windows 11 "will be available through a free upgrade for eligible Windows 10 PCs" this holiday. It also says that Microsoft is working with retailers to make sure that PCs purchased today are eligible for the upgrade.

Users are encouraged to download the PC Health Check app to check if their devices are eligible for the free Windows 11 upgrade.

According to a report by PC Gamer, it's important to note that the free upgrade might not be available to users indefinitely.

Related Article: Windows 11 Might Be A Free Upgrade for Windows 7 Users

The company also stated that an early build of the operating system would be shared with the Windows Insider Program next week. "This is a passionate community of Windows fans whose feedback is important to us," the post reads.

Feedback for the early build will be crucial and essential to Microsoft, especially after Windows 11 received harsh criticism despite not launching. 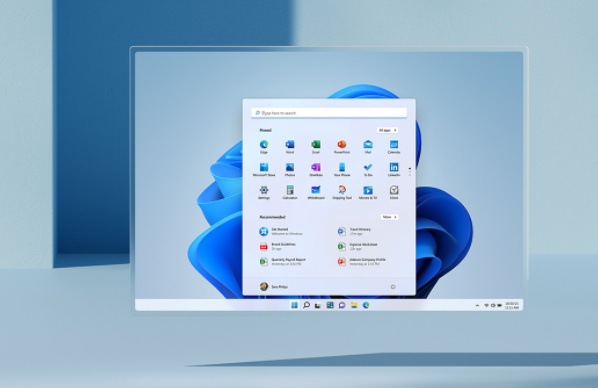 According to the website post, Windows 11 brings new changes and features that promise a "simplified" design and user experience.

Start Button - The Start button will now be at the center of the taskbar instead of the far left corner. It makes use of cloud and Microsoft 365 for easier file viewing no matter what device.

Snap Layouts, Snap Groups, and Desktops - These aim to help the users with multitasking by organizing windows and optimizing screen real estate. Users can also create and customize separate Desktops according to preference.

In the same website post, Microsoft boldly declared that "if you're a gamer, Windows 11 is made for you."

Windows 11 will include DirectX 12 Ultimate, DirectStorage, and Auto HDR for a better and much-enhanced gaming experience.

The Microsoft Store will get its fair share of enhancements and changes in Windows 11. Apps and software such as Visual Studio, Disney+, Zoom, and Canva will soon be added to the Microsoft Store.

According to the same website post on the official website, Android apps will also be added to the Microsoft Store for the first time. Users can search for Android apps on the Microsoft App, then download them via Amazon Appstore beginning sometime later this year.

Windows 11 Might Be A Free Upgrade for Windows 7 Users