Twitch banned the Top "FIFA" streamer on the platform, which the user said was due to watching the Tokyo Olympic Games 2020 highlights while he was streaming. 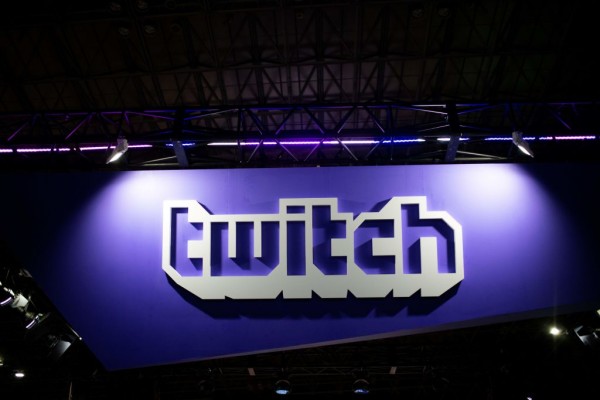 (Photo : by MARTIN BUREAU/AFP via Getty Images)
A picture taken at the Tokyo Game Show on September 21, 2018, shows the logo of the VOD and streaming video games company Twitch.

As per Dexerto, the Twitch streamer that goes by the username RunTheFUTMarket is popularly known to share informed tips on the "FIFA" Ultimate Team and related topics.

Meanwhile, the Tokyo Olympic Games 2020 is currently commencing after a few hiccups concerning the COVID-19 pandemic, which led to the delay of the sporting event last year.

On July 26, the account of the popular Twitch streamer was no were to be found with the banned account message left that read: "Sorry. Unless you've got a time machine, that content is unavailable."

RunTheFUTMarket went to Twitter, informing his followers that Twitch suspended his account on their platform, adding that the video service website did so because he watched the Tokyo Olympic Games while he was live streaming.

However, the top "FIFA" streamer noted that the video that he was seen viewing during his stream is a recorded highlight of the ongoing Tokyo event.

In addition, the "FIFA" streamer, or Nick Bartel in real life, did not precisely share how long his suspension lasts, but he said that he "hopes it's only a couple of days."

It is worth noting that Bartel is not the first user to have been suspended due to a copyright violation. Twitch previously said that it has already received more than a thousand DMCA claims, adding that majoring came from music publishers.

Engadget further noted that takedowns mainly involve streamers listening to tunes as they play or even interact with their viewers.

According to Manchester Evening News, the Olympic committee is profusely strict in implementing the DMCA copyright rules during sporting events. 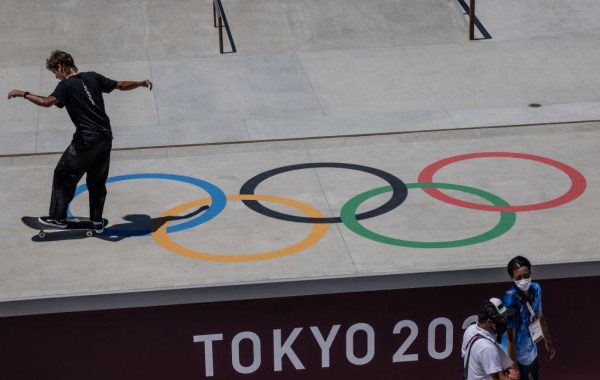 (Photo : by Carl Court/Getty Images)
TOKYO, JAPAN - JULY 22: Staff wearing face masks walk past as a skateboarder passes over an Olympic logo during a practice session at Ariake Urban Sports Park on July 22, 2021 in Tokyo, Japan.

For instance, the International Olympic Committee or the IOC called out YouTube way back in 2008 to take down videos of students as they claim that the content has violated their copyrights.

This time around, Twitch streamers are the latest target. It has led to the ban of not just the top "FIFA" streamer, but other Japanese users as well.

The platform likewise suspended the latter, but for a different reason-- taking videos in locations within the vicinity of the Olympics.

One streamer from Japan, who goes by the name Kuri, said that the IOC is abusing the DMCA, but the user added that "Twitch Support is doing nothing to stop it."

It is to note, though, that Twitch exclusively partnered with NBC to broadcast the Tokyo Olympics on the platform.

Elsewhere, here is an Olympic Games official video game, which is available on Xbox Gold and Steam.