Johannesburg-based firm, Transnet was the recent pipeline establishment to suffer from a massive cyberattack last week. The South African company, which also manages port terminals and rails, has stopped all of its activities after a data breach that happened in its IT systems. 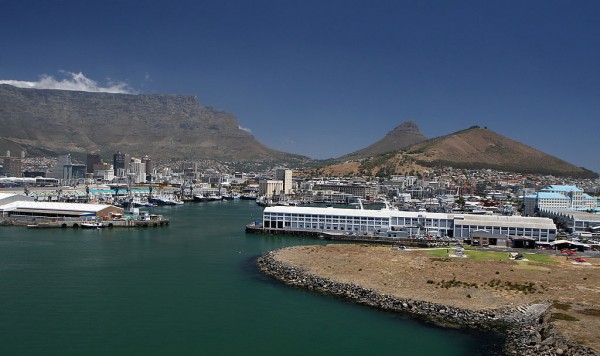 From an updated report by Bloomberg on Tuesday, July 27, Transnet needed to temporarily stop its operations in terminals based in Cape Town, Ngqura, Durban, and Port Elizabeth following the unexpected cyberattack that occurred.

According to the note, the South African port firm has encountered a data breach. Many IT equipment has been destroyed in the process as the normal processes of TPT have been affected as well.

In addition, the security information might have been compromised as a result.

At the moment, the authorities have been probing the case where the hacking originated and how serious was the impact of the recent data security breach.

In the morning, CNBC interviewed Transnet but it did not give any response. It was discovered that its website cannot still be accessed since the error message continues to pop up.

From another report by Reuters, the South African company will be forced to declare "force majeure" after the latest IT exploitation that happened.

Last week, Transnet said that it has already recognized where the disruption of the network came from.

Despite identifying the source of the problem, the firm was still enduring many technical issues, which led to the implementation of "force majeure." This takes place when an unexpected scenario, like in the case of the data breach, bars the company from fulfilling a specific contract.

More than 60% of the container traffic across the country has been encased in the port terminals of Transnet in Durban.

Currently, the firm has been addressing the cyberattack with some mitigation measures to minimize the damage done.

In a statement last Friday, July 23, the Road Freight Association (RFA) of South Africa expressed dismay for the cyberattack that infiltrated the port company.

According to the RFA CEO, Gavin Kelly, many goods relying on the company have experienced several delays.

"The gates to ports are closed which means no trucks are moving in either direction. This has an immediate effect: the queues will get a lot longer, deliveries will be delayed and congestion will increase," Kelly said.

Recently, Jacob Zuma, the former President of South Africa has been imprisoned. The abrupt riot resulted in 72 deaths. The country is juggling the huge losses in the economy following the Transnet cyberattack.

Reuters noted that two people who are knowledgeable about the Transnet cyberattack have a reminder to the employees.

According to the unknown sources, the company reminded some of the employees to take an immediate leave until the problem with the data breach has been solved.

Last May, the largest fuel pipeline in the US encountered a cyberattack. In the same month, the global meat supplier, JBS suffered from the same problem.

Related Article: Tulsa Cyberattack: Resident's Information Could Have Been Leaked to Dark Web, According to Authorities in Oklahoma