Following a series of ransomware attacks, US President Joe Biden has issued a warning against Russian President Vladimir Putin on Friday, July 9.

Russia has been the centerpiece of the recent cyberattacks especially the latest Kaseya incident which compromised over 1,500 companies around the world.

Biden Warns Putin Over a Series of Russian-linked Cyberattacks 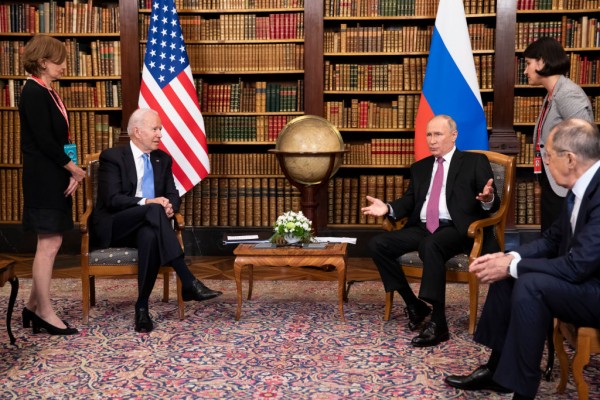 The growing tension between the United States and Russia is only getting started. With the presence of ransomware attacks that infiltrated the American infrastructures, Biden has only one thing in his mind: to stop the Russian operations from populating and infecting several businesses on a global scale.

"I made it very clear to him that the United States expects, when a ransomware operation is coming from his soil, even though it's not sponsored by the state, we expect them to act if we give them enough information to act on who that is," Biden told reporters, the New York Times reported.

During the conversations via phone call, Biden is hellbent to stop Russia from launching successive attacks not only to the US but also to other continents like Asia and Europe.

The notorious group of hackers based in Russia, the REvil ransomware gang took the blame for the Kaseya attack despite no official announcement coming from the intelligence authorities in the United States.

USA Today reported Biden said that he would punish those Russians who are accountable for the cyberattacks that occurred this month. Moreover, the US President would make sure that Putin will pay off if he does not act to suppress the growing cyber attacks in the country.

Before boarding Air Force One, Biden answered the question about the consequences that Putin could get if he does not want to cooperate with the operation, USA Today said in its report.

Biden assured this time that they would take any necessary actions for the attacks.

CNBC reported that according to a senior official of Biden admin, their actions in the future towards Russia could be visible but some may not be. Furthermore, the White House has been continuously gathering information and seeking "specific" requests" about the Kremlin-based hackers.

What Biden wants is to address the issue which had been plaguing several corporations and infrastructures in the United States. Back in May, the sensational attack in the Colonial Pipeline, the largest fuel pipeline in the country, became more controversial following a large-scale ransomware attack.

In June, Biden and Putin met in Geneva to settle the issue. The former requested the latter to take action on the perpetrating attacks in the United States.

According to USA Today, Biden said that he has given Putin a specified list of 16 "critical sectors" that would call if an attack happens. He added that it would take some time from six months to one year to assess if a strategic dialogue is possible to execute.

Before the Kaseya ransomware attack, REvil had hit the global meat supplies JBS last May. On top of the multiple attacks that happened in the United States, the government still has a lot of missions to finish before concluding that the country is now free from hackers and digital burglars.