NASA's Kepler Space Telescope helped astronomers discover more about the formation of the planets in binary star systems. The researchers said that they now have an explanation of how the exoplanets do that without getting crushed by other cosmic bodies. 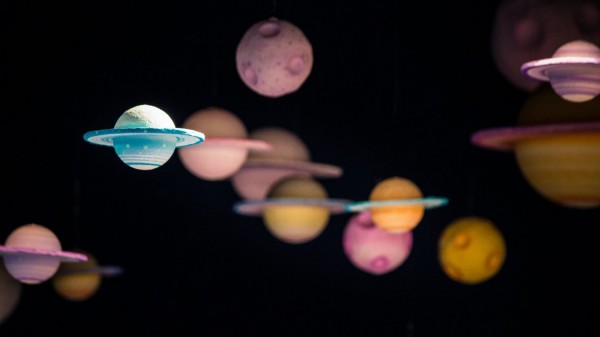 According to a report by Phys.org on Tuesday, July 27, the researchers from two institutes formulated their latest findings of the "Tatooine planet" using the Kepler Space Telescope.

The experts who came from Max Planck Institute for Extraterrestrial Physics and the University of Cambridge have an explanation for why planets in the binary system do not get crushed in the process.

"A system like this would be the equivalent of a second Sun where Uranus is, which would have made our own solar system look very different," Dr. Roman Rafikov, one of the study's co-authors based in the Department of Applied Mathematics and Theoretical Physics in Cambridge, said.

The said binary system appears to be exhibiting a smaller star orbiting its bigger counterpart.

For these planets to orbit around a star, Rafikov and his co-author said that it would require at least 10 kilometers in diameters for that to happen. Moreover, the ice, dust, and gas will form a disc around a star.

The researchers said that the disc should be "relatively circular" during the formation.

The term "planet formation" begins when the particles, such as ice, dust, hydrogen, and other components surround the young star.

The theory, which is called core accretion, involves the incorporation of particles to the bigger planetary bodies. Once the process halts, the product could be an Earth-size planet.

On the other hand, there is an instance when a planet develops into a massive entity way bigger than the Earth. When this happens, the planet would become similar to Jupiter where it is capable of trapping gasses.

"This theory makes sense for planetary systems formed around a single star, but planet formation in binary systems is more complicated, because the companion star acts like a giant eggbeater, dynamically exciting the protoplanetary disc," Rafikov stated.

A Mathematical Model For Planetary Growth

Some astronomers do not know why the exoplanets formed in the star systems. Some believed that they have been devoured by another entity while others said that they are absorbed by the strong gravitational pull.

The study's co-author, Dr. Kedron Silsbee, said that the role of the disc has been responsible for the change in the dynamics of the cosmic bodies.

Despite the involvement of gravity, some planets managed to develop.

For that, he and Rafikov created a mathematical model for the growth of the planet using the movement of the gas disc and its gravity. In addition, the model could also be used to identify where the exoplanets come from. The Kepler Space Telescope will assist the astronomers in future operations.