"Microsoft Flight Simulator" is now playable in next-gen consoles, Xbox Series X and S ,but not in Xbox One.

Along with it, "Starfield," "Halo Infinite," "Forza Horizon 5," and other games have been announced during the E3 2021. In case you want to pre-install this game on your console, here's a guide that you should follow to do that.

When Will the 'Microsoft Flight Simulator' Launch? 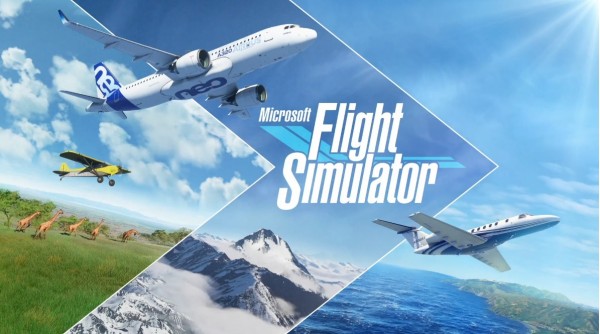 According to Windows Central, "Microsoft Flight Simulator" is scheduled to be released on Tuesday, July 27, at 11 AM ET on Xbox Series X|S.

In August 2020, it debuted its PC version. What's newer about the Xbox version is the Xbox port, which features various time zones. For instance, those who live in New Zealand and Australia will be able to install it on Wednesday, July 28.

Since its release last year, the game has upgraded its graphics and other mechanics. Through photogrammetry, users can now enjoy gliding their planes. The appearance of the globe borrows inspiration from the visuals coming from the satellite images.

As a "Microsoft Flight Simulator" player, you are free to roam around the world with Bing maps as your guide. You can choose to go from anywhere--from famous trademarks, such as Mount Everest, to recreational parks like Disneyland.

Since the pandemic erupted last year, many vacations have been stopped and delayed. People still want to savor the realistic moment of going to a breath-taking place. That's why the game will make it possible for you to go on a trip.

Back in May, "Microsoft Flight Simulator's size was reportedly reduced to 83 GB. Previously, its original size was 170 GB.

How to Pre-install 'Microsoft Flight Simulator'

From an article written by Newsweek, the first step that you should do to pre-install the game in your next-gen Xbox console is to load it first.

You can do it by tapping the home button. Just find the button with a "huge X" sign.

Now, proceed to the side window. Go to the "My Games and Apps" section, then click "See All." After doing this, proceed to tap the "Looking for More" button. This will direct you to the Xbox store where you will see the "Microsoft Flight Simulator" page.

Choosing the game version depends on the player. You can select either the deluxe or the premium deluxe version. You can go for the standard edition if you do not want to pay for the said editions.

After selecting the game edition, you can now redeem it after being directed to another page.

You will be presented with two options from here: pre-order the game or use your Xbox Game Pass membership. This time, choose the second option.

The last thing that you should do is to choose what files you will install. You can select the base game or opt for its separate files. If you want to download the package, you need 97.2 GB of space for that.

If you are still confused about the procedure, we have a short recap about them. Here's a summary of the procedures in easy steps.

Related Article: 'Microsoft Flight Simulator 2020' is Getting a Big Performance Boost From Next Patch