"Microsoft Flight Simulator 2020" is a highly demanding game, but perhaps its next patch will make it a lot easier to run. 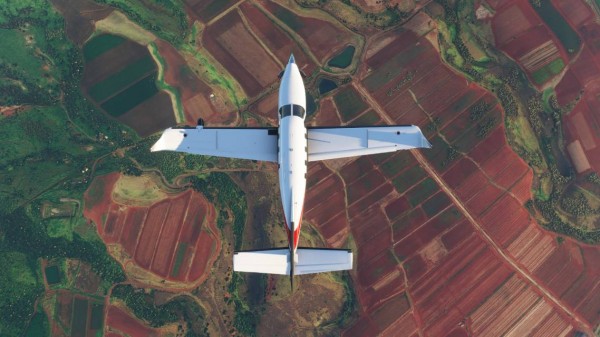 GamesRadar reports that Microsoft is working on a new patch for 'Flight Simulator 2020' that's due to the increasing performance by leaps and bounds on July 27. Developer Asobo Studios showed off a good number of these performance enhancements in a Twitch stream, and they look pretty good.

During their demo, the Asobo Studios team ran an unpatched version of the game with a plane flying over Manhattan. This is one of the most demanding areas in the latest 'Microsoft Flight Simulator,' proven by the 35 FPS average achieved by a relatively powerful PC in 4K resolution. But when they ran the game again with the update installed, the performance practically doubled at 55 FPS.

Aside from PCs, 'Microsoft Flight Simulator 2020' is also going to run a lot smoother on the Xbox Series X and S, which was confirmed by Asobo co-founder and CEO Sebastian Wloch, writes PCGamer.

According to the dev team, they rewrote a lot of the engine, which helped them bring down resource usage, mainly with the memory. Eurogamer reports that from consuming a high of 14GB while running the Manhattan simulation, the game now consumes roughly 4.7GB. Now that's insane.

Wloch states that whereas "Microsoft Flight Simulator 2020" with the new update will reduce CPU usage by as much as 25%, which then results in a roughly 20-30 FPS performance increase. Also, while the game used to peg even high-end CPUs to their limit while barely taxing the GPU, it's now been reversed. The game is slated to be more GPU intensive with the next patch if things go well.

As for the performance improvements on the Xbox Series X and S, there are no exact details. But considering how Microsoft's current-gen console is so similar to a PC, Series X and S owners could reasonably expect the same improvement.

When Microsoft released 'Flight Simulator 2020' last year, people were shocked at just how demanding the game was.

It was so hard to run at a smooth 60 FPS from 1080p to 4K, even several of the most powerful PCs in the world struggled to max the game's visuals out. Not even the NVIDIA RTX 3090--perhaps the most powerful consumer-glass GPU on the planet right now--still can't run the game maxed out in 4K beyond 60 FPS. But it does run, and the visuals are almost photorealistic at this level.

Should Asobo Studios prove that they can deliver on the performance promises of the next patch, then they'll be opening the game up for more systems and people. Considering how beautiful the game world is (it features the entire world), "Microsoft Flight Simulator 2020" is an excellent showcase of what modern video games can do.

Related: 'Microsoft Flight Simulator' Size is Cut Down to Just 83GB From its Original Size of 170GB