An x-ray space telescope eROSITA has captured images that led to the creation of the most complete map of black holes and neutron stars to date.

The eROSITA uses x-ray detecting instruments to capture images from its location in Lagrange Point 2. Lagrange point 2 is considered a stable point between the Earth and Sun, where the gravitational forces of the two are in balance.

Black holes and neutron stars are not easily captured as they do not emit light at visible wavelengths and remain elusive to optical telescopes. An x-ray space telescope, such as the eROSITA, has made it possible to capture images of such objects in the universe.

X-ray Space Telescope eROSITA: What is It? 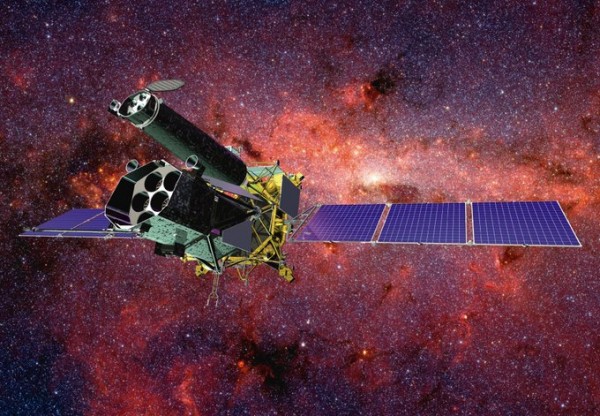 The eROSITA is part of a joint Russian-German space mission known as the Spectrum-Roentgen-Gamma mission.

"Since the start of observations with the X-ray telescope at the end of 2019, we have been impressed with the high-quality data, which have already led to numerous astronomical discoveries and breakthroughs," according to eROSITA principal investigator Andrea Merloni, as quoted in a press release posted on the Max Planck Institute for Extraterrestrial Physics (MPE) website.

These astronomical discoveries and breakthroughs include the "giant x-ray bubbles emanating from the center of the Milky Way," per the Space report. 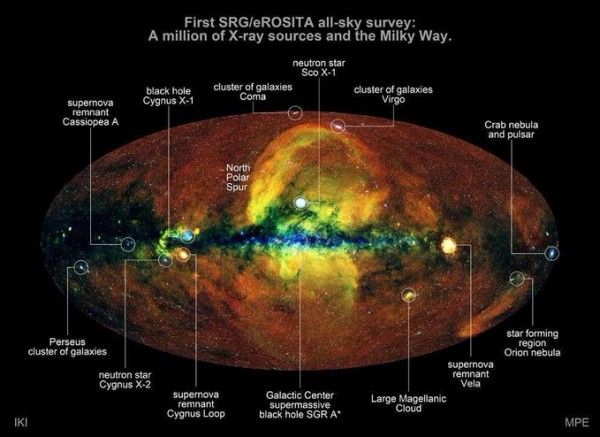 (Photo : Screenshot taken from the Institute of Advance Study's Twitter)

Since its launch, the eROSITA " has been scanning the whole sky and producing sensitive X-ray all-sky maps," according to the MPE press release. These all-sky maps are made possible by the space telescope's high quality mirrors, large field of view, and sensitive CCD cameras.

In the report by Space, the x-ray space telescope eROSITA has completed three all-sky surveys since October 2019 that reflect the sources of x-ray radiation. These sources include black holes, neutron stars, and galaxy clusters. Black holes located in other galaxies account for 77% of these sources.

The x-ray space telescope eROSITA is expected to continue doing all-sky surveys until 2023.

Other x-ray space telescopes include the XMM-Newton of the European Space Agency (ESA) and Chandra X-ray Observatory of the National Aeronautics and Space Administration (NASA).

"The X-ray telescopes so far have been able to look very deep into the centre to observe the early Universe," according to Merloni, as quoted in the report by Space.

What differs the XMM-Newton and Chandra X-ray Observatory from eROSITA is that the first two space telescopes can only observe small sections of the universe.