The best money-saving deals online could only be spotted effectively by those who use the right Chrome extensions featuring price comparison, fake review checks, and more features. 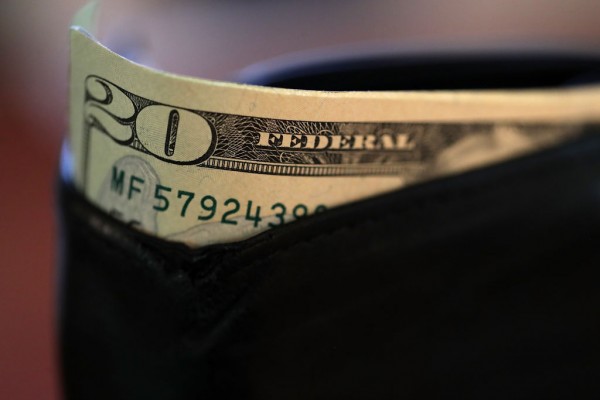 (Photo : by Justin Sullivan/Getty Images)
SAN ANSELMO, CA - AUGUST 29: In this Photo Illustration, Twenty dollar bills sit in a wallet on August 29, 2017 in San Anselmo, California. The dollar fell to a two and a half year low to 91.77 Tuesday following the latest missile launch by North Korea.

Getting the bang for the buck online for Americans is important now more than ever as Forrester Research predicted that the United States e-commerce sales will be at a whopping $712 billion by 2022.

To get a bigger picture, the same research firm reported that it has already reached $523 billion in 2020. That said, it would be a steep increase for just two years.

According to CNET, there are countless extensions on Chrome that mainly focus on helping its users to save some cash as they shop online.

To cut to the chase, here are some of the best money-saving Chrome extensions that could make you a better online shopper, helping you further grow your savings.

The state of the fake review plague on Amazon has gone to an alarming level. As such, the e-commerce giant recently pulled out products after allegations that the sellers were compensating their customers in exchange for positive reviews.

The prevailing review problem clouds the purchasing judgment of online consumers as it is meant to give users a better picture of the product's value for money and overall quality.

Thanks to Fakespot, an extension that provides an AI analysis of product reviews, consumers can now take ratings at face value.

As per Fakespot, the extension supports top e-commerce platforms in the United States.

Coupon codes commonly hide on the internet -- not to mention that applying them to your purchases adds another task to the checkout process.

That is where Honey, one of the top Chrome extensions in terms of saving money, comes in. The tool helps users search coupons applicable to the items that the users checked out. Not just that, it will also fill up the available coupon code for the consumer's convenience.

Also, Honey supports online stores like Target, Walmart, Macy's, and eBay, allowing users to get a glimpse of all the sales and coupons of the platform.

Read Also: Are Smart Airconditioners Great Investment to Stay Cool This Summer? Avoid Getting Heat Stroke Inside Your Home

Lastly, the constantly changing prices for online retail shops make it difficult for consumers to snag the best price deals. Some even feel disappointed after finding out that the price of their recent purchase decreased after they bought it.

The Camelizer, which basically shows the price history of an item, is the answer to that worry that most shoppers face. It provides a product price graph, showing its highs and lows.

Aside from manually checking the prices of products via its graph, Camelizer also notify its users via email and Twitter if there is a price drop.

Elsewhere, here are the hidden features of Chrome that you can try.