Coca-Cola's NFT collectibles will be auctioned on the Ethereum metaverse by Decentraland, coincidentally as the world celebrates International Friendship Day on July 30.

Proceeds will be donated to the Special Olympics. 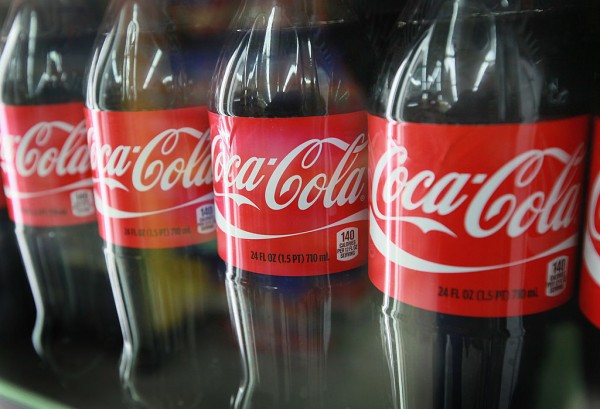 (Photo : by Scott Olson/Getty Images)
CHICAGO, IL - APRIL 17: Bottles of Coca-Cola soda are offered for sale at a grocery store on April 17, 2012 in Chicago, Illinois. The Coca-Cola Co. reported an 8 percent increase in net income for the first quarter of 2012 with global volume growth of 5%.

Forbes noted that marketers are now testing the waters on the power of cryptocurrency and culture collaboration.

As such, Coca-Cola joined the brands that do just that.

Coca-Cola said on its website through its global senior brand director, Oana Vlad, that the company has "been watching NFTs, cryptocurrency and the metaverse, and see this as a timely opportunity to participate and learn from this emerging space."

Elsewhere, Campbell is also doing a similar stunt by launching an NFT collection as it introduced a fresh design of its can labels.

The beverage giant is now selling a new wave of collectibles, which includes four NFTs or non-fungible tokens.

The whole collection is dubbed "The Friendship Box NFT," a classic Coke vending cooler, borrowing the design of video-game loot boxes. Thus, making it more suitable for the virtual world.

Introducing the first-ever Coca-Cola NFTs! To celebrate International Friendship Day, we’ll be donating all proceeds to our longtime friend and partner @SpecialOlympics. Check them out on @opensea. #NFTCommunity #OpenSeaNFThttps://t.co/SIJ0HnNfdu pic.twitter.com/Rusj2UJuE6

The animated items inside the loot box are the Coca-Cola Bubble Jacket Wearable, sporting the red and brown hues of the brand; Coca-Cola Sound Visualizers, echoing the sounds of the bottle cap pop, and the Coke fizz; and Coca-Cola Friendship Card, a remake of the 1940s trading card of the beverage.

Coca-Cola further teased the there are other surprises beyond the four NFT.

However, it will only be unraveling once the auction winner opens the loot box.

The Global Digital Design Senior Director for Coca-Cola, Josh Schwarber, spoke with The Drum, saying that they "felt there is something cool about not knowing exactly what would be in the loot box."

Schwarber went on to say that the twist of the collectibles is anchored on the same idea of making friends.

The Atlanta-based beverage company took the opportunity to raise funds for the Special Olympics International, which Coca-Cola considers as their "close friend" for about 53 years already.

It is to note that the multiple assets in the auction are being sold as a single asset.

Plus, all of its proceeds will be allocated for the Special Olympics, an international sports organization that serves children and adults with disabilities.

The beverage titan wanted to spice things up by setting up a virtual rooftop party organized by Deccentraland. Music artists will be serenading folks as they get a glimpse at the Friendship Box.