ISS (International Space Station) decided to let go of the Russian Pirs space module to allow the arrival of the new Nauka module. Because of this, the old rocket burned in outer space like a fireball. 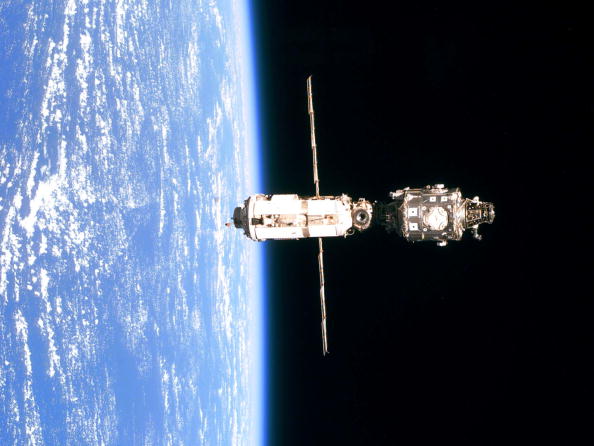 (Photo : Photo by NASA via Getty Images)
In this handout photo provided by NASA, the Canadarm2 (center) and solar array panel wings on the International Space Station are extended during the mission's first planned session of extravehicular activity (EVA) while Space Shuttle Endeavour (STS-118) was docked with the International Space Station August 11, 2007 in Space.

Pirs is a 20-year old space module that is no longer needed in the giant international space structure. Thomas Pesquet, an ISS crew member and astronaut at the European Space Agency, said that he was able to capture the undocking process of the International Space Station to undock the old spacecraft.

"After almost 20 years of service, instead of getting a medal, one of the space station's oldest Roscosmos modules got a little trip through the atmosphere," said the space expert.

He added that the Russian Pirs module was one of the contributions of Roscosmos, the Russian space agency, to ISS.

"So long DC1! After almost twenty years of service, instead of getting a medal, one of the @Space_Station's oldest @roscosmos modules got a little trip through the atmosphere," added Pesquet.

The latest Twitter post of Thomas was able to generate more than 2,100 likes, 20 quote tweets, and 300 comments. The photos he shared to show how ISS released the old rocket. 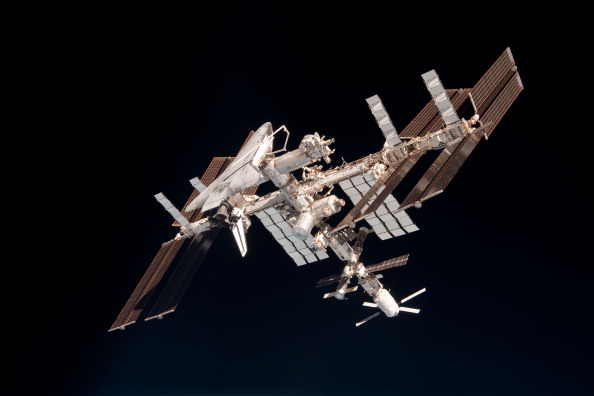 (Photo : Photo by Paolo Nespoli - ESA/NASA via Getty Images)
In this handout image provided by the European Space Agency (ESA) and NASA, the International Space Station and the docked space shuttle Endeavour orbit Earth during Endeavour's final sortie on May 23, 2011 in Space. Italian astronaut Paolo Nespoli captured the first-ever images of an orbiter docked to the International Space Station.

It slowly drifted away from the Internation Space Station and then entered the Earth's atmosphere. Pirs space module quickly burned and looked like a meteorite falling from the sky.

I observed pass of the ISS and Progress MS-16 with Pirs module on 12:41 UT on July 26, 2021, from Primorsky Krai of Russia. I managed to take a photo https://t.co/V0Zu8NxLwC (in a small gap of large clouds) and I saw them with the naked eye.

During its time, Russia's recent space module acted as an airlock for spacewalking Russian astronauts. It also served as a docking port for various rockets.

The ESA astronaut said a weird feeling after he saw the spacecraft flying away from ISS. He added that he and other Russian space experts were provided front row seats so that they can see the undocking process, as reported by CNET.

Although it might be sad news, removing the outdated space technology will not be in vain since it will give way to the arrival of the new Nauka space module.

According to Reuters' latest report, Roscosmos is expected to launch its new Nauka space module this coming July 29.

The Russian space agency explained that the space innovation would help it enhance its capabilities in the International Space Station. Once the spacecraft is released, it will serve as the agency's main airlock, storage unit, and research lab for the following years.