NASA's Insight lander has gathered information about the core and other internal components of Mars. The scientists have now a clear glance as to what the deep interior of the red planet looks like. 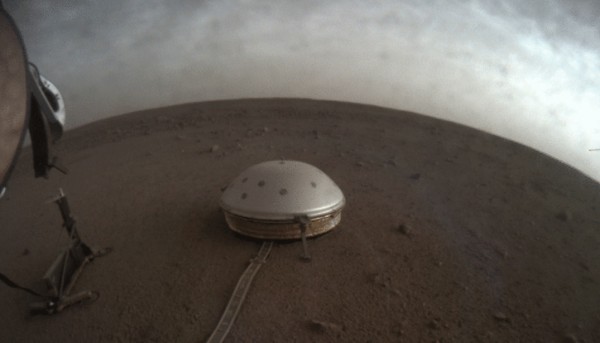 Scientists have been experimenting with the core and the crust of the red planet.

Way back in 2019, NASA's International Mars Earthquake Service Team used the First Mars seismometer to collect data on the red planet. The said instrument has unveiled the details about the Mar's deep interior, according to NASA's report about the InSight Mars Lander last week, July 23.

The analyses from the team yielded findings of what's inside the core and the crust of Mars. During that time, 60 Marsquakes have been recorded in almost 700 events.

The earthquakes that we usually feel on earth are far from the Marsquakes on the red planet. So far, what we know is the shifting of tectonic plates, which bring rise to the said phenomenon. In comparison, the earthquakes appeared to be weaker than their Mars counterpart.

Determining the Structural Model of Mars

In determining the structural model of Mars' core, the scientists took note of the time when the earthquake happened. They also recorded the distance of the earthquake. In addition, they also made use of the records of the seismic waves and associated the inside of the red planet.

The experts used both thermal and mineral modeling in identifying the core and crust. The new details showed that the planet has a large core and thin crust.

What Exactly is the Internal Structure of the Mars

The scientists were able to recognize the internal appearance of the planet because of the quakes. What they found out is the thickness that extends from 30 to 100 kilometers, Nintendo Power reported.

Brigitte Knapmeyer-Endrun, an expert based at the University of Cologne in Germany, compared what they discovered to a locked box. They have tested trials that proved that the details outside the planet's core were substantial to reveal the internal structure of Mars.

According to the NASA researchers, the team was able to come up with the conclusion that Mar's top layer is around 6 miles in thickness.

In addition to the information about the red planet's top layer, the team also announced that the second layer measures "roughly" 12 miles. It was a very protected layer of different components like rocks and soil.

Before, Mars used to have a thicker atmosphere that opened possibilities that it would be open to various life forms. The condition on the planet is often compared to Earth, which the scientists believe to be "livable" for humans.

The previous reports revealed that the Martian surface has underwent a shocking experience that it has endured. The InSight lander has shown some evidence that there were at least 10,000 whirlwinds and over 170 marsquakes that happened.