ARGS, or alternate reality games, have been popular on many social media platforms, including Twitter and TikTok. In YouTube, the games have also recorded massive reach where a large group of people joined the trend of storytelling. 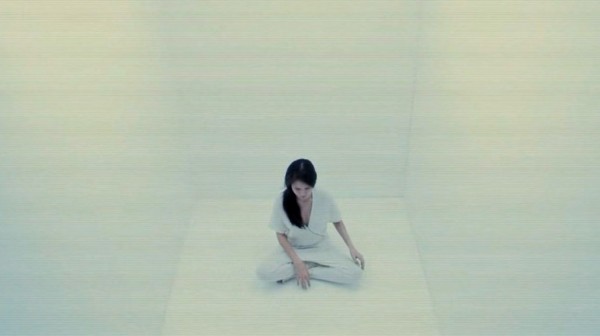 (Photo : makesn0sense via screenshot from YouTube)
A snipper from Junko Junsui.

According to ATD Blog, an expert in alternate reality games, Koreen Olbirsh, defined ARGs as "pervasive games." For those who are used to participating in this kind of game, the tactic might appear to be similar when a person engages in storytelling.

Coming from its first word, "alternate," ARGs are a combination of digital and real-life interaction.

Karl M. Kapp, the author of the blog, said that if a user plays the game in real life, his/her action might have an impact on an ARG. Kapp further explained that these games still let you participate through demonstrating the tasks in real life, yet its progress will still be marked online.

Sometimes, people are confused about ARG. Others know that it means "augmented reality game," wherein fact that it is actually an "alternate reality game."

ScreenRant noted some of the best ARGs in the video-sharing platform Youtube if you're curious and want to check it out yourself.

If you are fond of reading psychological books, the popular ARG from Echo Rose could be the best game for you. Nettlebrook has been one of the most widely-known ARGs in social media.

The focus of the game revolves around a psychic who experiences bizarre things around her. She lives in Nettlebrook, but that's only the most shallow part about her.

Apparently, there are mysteries happening in her town, and you need to find them out this time.

The name POSTcontent might symbolize strangeness for someone who thinks outside the box. Of course, this creepy ARG will surely bring chills to your spine through a story from Peter.

Peter's narrative is one you shouldn't finish if you easily get scared over horrifying stuff. He's trapped in a house where many demons and other creatures live.

So, should you trust Peter or not?

This alternate reality game is a "lost video game." It has been popular since 2017.

Petscop rings a bell for fans since this is the unfinished game of Paul, the man in the ARG. What you should do is to keep on accomplishing puzzle missions and catching "pets."

This might be one of the oldest ARGs, but the clever storytelling behind this game is still tricky to some people. It was in 2009 when its popularity kicked off.

The character under the name "Junsui" appears to be looking for companions after her sister was kidnapped. Participants who receive the friend request from the mysterious individual grew curious about the missing sister. Later, she was found in a white cell--imprisoned.

Who remembers the ARG, "Daisy Brown?" This popular game tells more about Daisy who has been grooming a monster named Alan. Daisy's father is the one who created the said creature.

As the story goes, Daisy struggles with many dilemmas in dealing with Alan. She's threading her decisions with care, at least for now.

If you feel that the list is lacking, make sure to visit the following ARGs on YouTube and outside of it.