Col. Ron Garan, a former F15 fighter pilot and a retired NASA astronaut, has released a new book that aims to steer mankind toward a better future.

The Boulder, Colorado spaceman has recently released "Floating in Darkness," the highly anticipated sequel to his critically acclaimed debut as an author, "The Orbital Perspective." With the new book, Ron Garan adds the perspective of inner space, guiding its readers toward a profound journey of discovery.

Additionally, Ron will be hosting a book signing event this August 5, 6:30 PM local time at the Boulder Book Store, located at 1107 Pearl Street Boulder. He will talk about his new book and sign copies for fans attending the event. More information is available on the Boulder Book Store website. 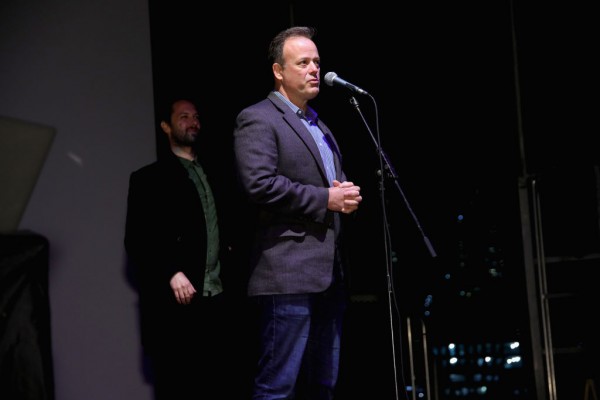 A Guide to Building a Better Future

According to the "Floating in Darkness" webpage on his own website, the book addresses fundamental aspects of the evolution of both humanity and the society — serving as a call to action towards creating a future we all want.

The book compares "dancing, intersecting orbits of religion, spirituality, and science." He also discusses the topic of nuclear deterrence — or the notion that nuclear weapons are necessary to defend oneself from nuclear attacks — as well as a deeper exploration of the intimate violence of combat, drawing from his career in the Air Force and explaining in unique light the complexities of tribalism. From the nature of conflict, the F15 pilot also addresses mortality and offers a picture of the world and beyond, going from the ocean floor to the earth's orbit and back in stories from the man who has visited them all.

Ronald John "Ron" Garan Jr. began his career in flight shortly after graduating from the State University of New York — College at Oneonta. He joined the US Air Force and soon flew combat missions Desert Shield and Desert Storm. He also served as an Operations Officer for the 40th Flight Test Squadron (FTS).

Selected as a pilot in July 2000 for the National Aeronautics and Space Administration (NASA), he started training in August of the same year. After two years of training and evaluation, he started assuming technical duties for the NASA Astronaut Office Station and Shuttle Operations Branches.

By 2006, he started serving as an aquanaut, joining the NASA Extreme Environment Mission Operations (NEEMO 9) project, a collaborative effort between NASA and NOAA. His tenure with the NEEMO 9 had him reporting at the Aquarius Reef Base, the world's only undersea research laboratory more than 5 miles off Key Largo at the Florida Keys Sanctuary.

As an astronaut, he completed his first space flight in 2008 as the Mission Specialist 2 for the STS-124 Discovery Space Shuttle mission. Their space mission involved delivering the Japanese Experiment Module — Pressurized Module (JEM-PM).

In 2014, he published the book "The Orbital Perspective - Lessons in Seeing the Big Picture from a Journey of 71 Million Miles."