The Perseids meteor shower is set to reach peak viewing this week and it is one event you should not miss.

While it may be easy to reason out that this particular meteor shower happens every year anyway, certain factors make this year's viewing more ideal than next year's or even 2023's.

Perseids Meteor Shower 2021: Why You Should Watch This Week

The Perseids meteor shower is set to reach peak viewing beginning on the night of August 11 this year. The meteor shower does happen annually, but certain factors may convince you to not wait next year or the year after next to catch it.

According to the National Aeronautics and Space Administration (NASA), the Perseids meteor shower this week "might be your best chance to do some summer skywatching for a few years." Why so?

Per NASA, a full moon and lower meteor activity during the Perseids' peak is expected to happen next year. As far as 2023 is concerned, a waning crescent high up in the sky can interrupt your viewing pleasure.

This won't be the first time the moon got in the way of the meteor shower's peak viewing. In 2014, a rare supermoon overshadowed the Perseids' peak viewing. 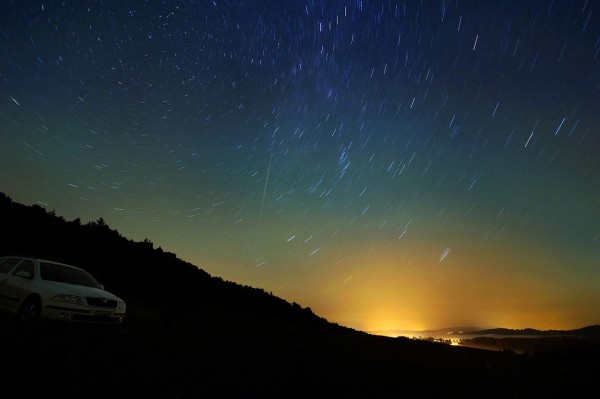 Considered one of the best meteor showers of the year, the Perseids meteor shower can be best viewed by those who are in the Northern Hemisphere and away from light pollution. Those who live below 30 degrees south latitude will not be able to see the meteor shower.

Related Article: Perseids Meteor Shower: How to Catch It During Peak Viewing Next Week With NASA's Help

Catch the Perseids on Your Gadgets

Do you live in the Southern Hemisphere or are you unable to get far from light pollution in order to catch the Perseids? You can still catch the meteor shower on your mobile phone.

The Perseids is considered as one of the most plentiful meteor showers and you can see 50 to 100 very fast and bright meteors per hour. The Perseids also move very fast as an article by SlashGear says they "will appear in the sky as quick small streaks of light."

It is quite a sight to behold and you may want to snap a photo or two of it.

5 Things You Should Know About the Perseids Meteor Shower

Perseids Meteor Shower: How to Catch It During Peak Viewing Next Week With NASA's Help