"FIFA 22" will most likely feel the effects of Lionel Messi's departure from Spanish football club Barcelona after spending his entire professional career there.

The game is scheduled for release on October 1, 2021. The release date was previously delayed by the ongoing coronavirus pandemic.

'FIFA 22': How Messi's Departure Can Affect the Game 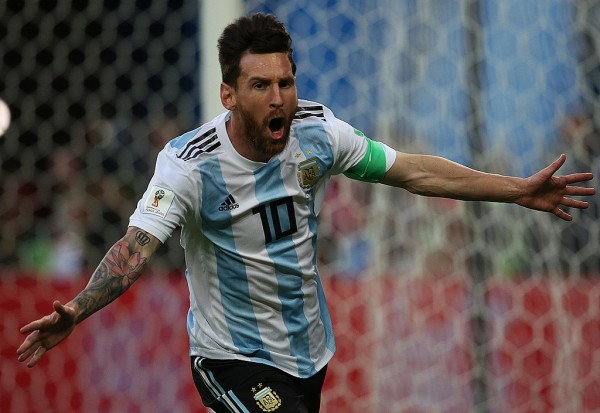 When "FIFA 22" is released on October 1, it will surely reflect whatever changes will happen to Lionel Messi's football career. The Barcelona legend has confirmed his departure from Barcelona, but has yet to officially confirm his new club as of writing.

Reports have alleged that the Argentine footballer Lionel Messi will be playing for French football club Paris Saint-Germain (PSG). Whatever the case may be, the changes will surely show on "FIFA 22" and are actually seen to affect "FIFA Ultimate Team" play mode and its pack openings.

According to an article by GiveMeSport, "the 'FIFA 21' format for packing a major player could cause headaches for Ultimate Team players hoping to pack Messi next season, assuming it is kept to a similar format" for "FIFA 22."

Currently, pack openings show the level of the player, followed by nationality, position, and club before it ends with the reveal of the player's identity.

According to GiveMeSport, should Lionel Messi really confirm a move to PSG, it can create a potentially frustrating experience for Ultimate Team players hoping to pack Messi. Why? Players just might end up packing Angel Di Maria instead.

Should Messi move to PSG, he will share the same Ultimate Team level, nationality, position, and club as Angel Di Maria.

Per GiveMeSport, Di Maria is a good player to have in the game. In "FIFA 21," Di Maria "had an overall of 87, with decent stats across the board on pace, shooting and averaging out at around 20,000 coins for the base card in-game."

While Di Maria does have good stats, packing him might prove to be a downer for players who are excited to have Messi instead should he officially complete a move to PSG.

A Twitter account with the handle @FUTZONECENTRAL has posted that "FIFA 22's" closed beta is set to be released on August 11. The first batch of codes, according to a screenshot included in the tweet, will be released on that date.

In follow up tweets, @FUTZONECENTRAL also revealed eligibility requirements for those who can participate in the beta. According to the tweets posted on the account, those with PlayStation 4, PlayStation 5, and Xbox Series X are eligible for the beta.

However, only players from North America and the United Kingdom are eligible to play.

Not much is known about "FIFA 22" just yet. A report by Goal, however, has said that the video assistance referees (VAR) will not be part of the game.

@FUTZONECENTRAL has also been sharing screenshots and video clips of the upcoming 'FIFA 22' game on Twitter as seen in the tweets below: