The Samsung Galaxy Unpacked event has just recently concluded this Wednesday, Aug. 11, and it did "unpack" several things, including the highly awaited Galaxy devices: the Galaxy Watch 4, Galaxy Watch 4 Classic, and the Galaxy Buds 2.

The wearable techs Galaxy Watch 4 and Galaxy Watch 4 Classic have been rumored to appear on the August Samsung Galaxy Unpacked Event, and indeed, the devices were among the gadgets that were highlighted during the event.

It was previously rumored that the Samsung Galaxy Watch 4 and Galaxy Watch 4 Classic are the first two devices that will benefit from Samsung and Google's collaboration with Wear OS 3. The rumors have been put to rest, as the company shared during the event the expected specs fans should expect.

(Photo : Samsung)
The Galaxy Watch 4 Series can be used together with your Samsung device to monitor your sleeping habits, including your snoring and breathing.

For one, it could track your snoring and breathing patterns while you sleep, working with your Samsung device to allow you to monitor how you sleep, and provide you better choices with how you should manage your rest.

But best of all, it allows you to measure your body composition -- something that is commonly done in clinics and gyms before.

It also has an ECG and blood pressure monitor, and that these features, along with oxygen monitoring, are now provided in more countries around the world, to help Samsung users to track and monitor your health.

The Samsung Galaxy Watch 4 Series also runs One UI. Plus, it runs up to 40 hours in one charge. 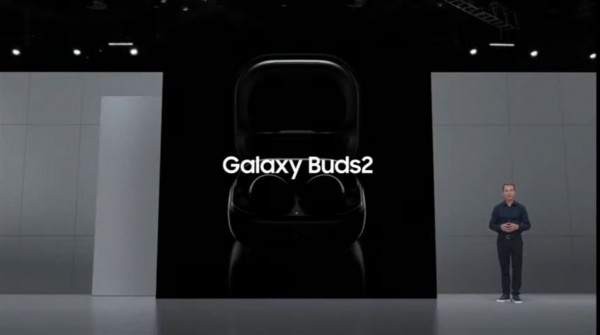 Based on previous leaks covered by Tech Times, the Galaxy Buds 2 will have a sportier design, at least compared to the Buds Pro. However, only the internal charging case would have a different color, and that the buds itself would still sport an "Icy White" theme.

So, are the rumors true? Here's what Samsung Galaxy Unpacked detailed about the upcoming true wireless pods: 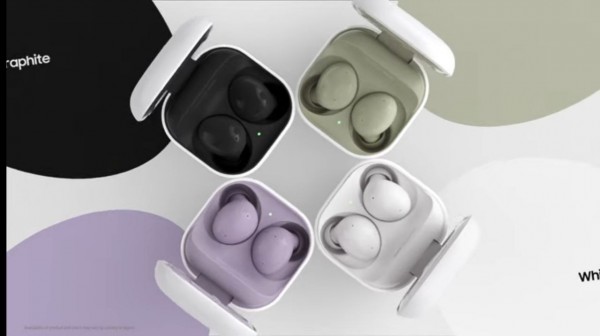 (Photo : Samsung)
Despite previous rumors saying that the devices won't have any color changes, it appears that it will be available in four shades.

The first thing that was debunked was the color. As it turns out, the charging case's inner space isn't the only one that's getting more color, as the buds themselves are also available in four different colors, including olive green, lavender, graphite, and black -- which works with the new Galaxy Z phones.

The Galaxy Buds 2 is also the smallest and lightest earbuds that Samsung has created, thus far, allowing it to have the most secure fit.

However, the best feature of the Buds 2 is definitely its Active Noise Canceling feature, which blocks background noise of up to 98%, allowing you to listen to your favorite songs and podcast, even at a noisy cafe.

But you also get to change the Ambient level, so you can both hear what's happening around you, and what you're listening to.

With ANC on, your Galaxy Buds 2 could last 5 hours, but without it, it could last up to 7.5 hours, and if you use your Buds case, it could provide up to 20 hours of battery life.

The Samsung Galaxy Unpacked event did not just cover the upcoming devices from the company, as the main highlight of the online event is surely the upcoming flagship devices: the Galaxy Z Fold 3 and the Galaxy Flip 3.

Related Article: Samsung Tab S7 FE Will be Available in the US in Both 5G and Wi-Fi Models