Wear OS from Google, Samsung Leaks Out with Galaxy Watch, A Week Before the Unpacked Event

Wear OS is the latest Samsung and Google collaboration to empower smartwatches of modern times, mostly bordering on Android as its operating system. This particular one is intended for Samsung's Galaxy Watch, rather, it's soon to be unveiled for August's Unpacked event from the company, which is less than a week from now.

Samsung and Google's collaboration with the Wear OS is a direct competitor of Apple's watchOS, which has been the popular one for users of the iPhone and Apple Watch. Both companies aim to change the notion and make Android smartwatches be the more popular one, and it is coming soon enough. 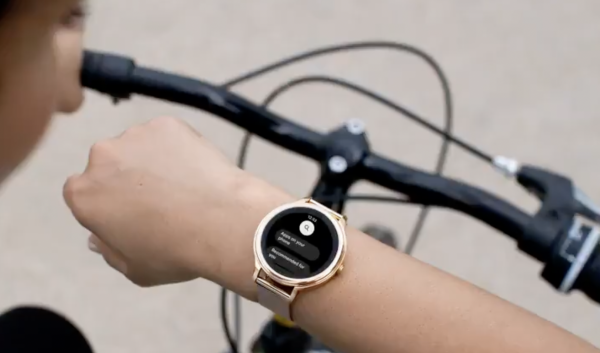 Samsung and Google's Wear OS, along with the Galaxy Watch 4 has been leaked by 91 Mobiles through an anonymous source. It provided the first look image of how the device would appear once people have the chance to purchase it or view it on a Samsung official store.

The August Samsung event is near and is around a week from now, but the leak has still "broken" the surprise that is intended for its future customers, fans, and enthusiasts.

It showed a lot on what to expect on the new smartwatch of Samsung, especially as it now has the Wear OS 3, the latest there is to the operating system.

The leakers have shown a black and white version of the Galaxy Watch 4, and it shows bezels that double as dials, apart from its touch screen interface. Also, it shows three buttons at the side, for easier access.

91 Mobiles added that the next Galaxy Unpacked event would be on next Wednesday, August 11, where people would have the chance to attend it again via online live streaming.

It would have a lot of devices to showcase, and it was said that the sure thing there would be the Samsung Galaxy Watch, with the new OS.

Google and Samsung's Wear OS is an excellent platform that would be a unified operating system for all Android smartwatches to follow, and what is great is that it would also be open-sourced. However, for other watches aside from the Galaxy Watch 4, the update for Wear OS 3 would not be until 2022.

It would bring a variety of features for the user, including that of heart rate monitor, SpO2, Activity or Fitness tracker, step tracker, calorie counts, and mobile notifications. However, this would base on the compatibility of the device, as some still do not have the SpO2 monitor and other features.

According to Google, the Wear OS 3 would "factory reset" the watch for it to work, as it would need to have full access and change the interface of the device into the unified platform.

Related Article: Here's How to Install Wear OS Apps from Your Android Smartphone