Boeing's Starliner still has no new launch date due to its faulty valves. The capsule remains under repair.

"As Boeing teams continue to work around the clock to return functionality to a number of oxidizer valves on the CST-100 Starliner's propulsion system, the company is simultaneously working with its NASA and Aerojet Rocketdyne partners to determine the cause of the valve issues discovered during pre-launch checks," the announcement on the Boeing Starliner website reads.

The Starliner has 13 valves that have been causing problems to Boeing. So far, nine have already been repaired.

Nine of the Boeing Starliner's nine valves have already been opened and are functioning normally, according to the announcement. Electrical and thermal techniques have been applied to the valves, which prompted them to open.

The team focusing on the repair of the faulty valves plans on using the same techniques to get the remaining four to open.

The ongoing repairs, however, have caused a delay to the launch of the Starliner.

According to Starliner Vice President and Program Manager John Vallmer, Boeing's team "has taken the necessary time to safely access and test the affected valves, and not let the launch window dictate our pace."

The Boeing Starliner mission headed for the International Space Station (ISS) has been delayed indefinitely due to the problems that have been spotted with its propulsion system. These problems have been a cause for concern for both Boeing and the National Aeronautics and Space Administration (NASA).

Progress may have been slow, but it is going steady for Boeing, who announced just a few days ago that only seven of the 13 faulty valves have been opened.

However, what caused the issues with the valves of the propulsion system is still unknown, according to a report by Space.

The Boeing Starliner and Its Many Delays 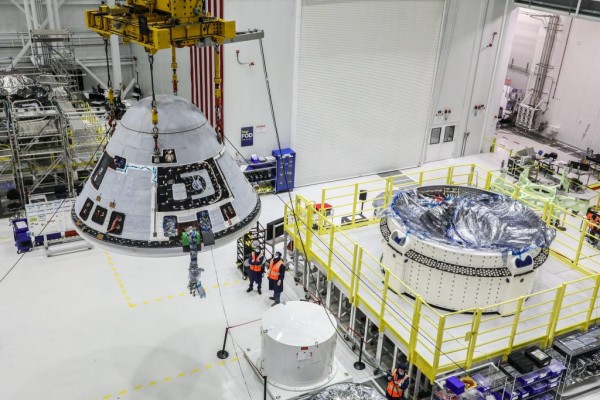 The Starliner is described by the Space report as "Boeing's hopeful astronaut taxi; the spacecraft was developed under a contract awarded by NASA's Commercial Space Program, alongside SpaceX with its Crew Dragon capsule."

Boeing's Starliner was scheduled to launch to the ISS last July 30. However, the malfunctioning of the Russian module, Nauka, caused both NASA and Boeing to reschedule the launch to August 3. That August 3 delay has since been delayed indefinitely due to the propulsion system issues Boeing is trying to fix.

Prior to the scheduled launch of Boeing's Starliner to July 30, it was previously scheduled to take place sometime in Mid-April after another set of delays, which you can read about in the Tech Times article, Boeing Starliner Test Flight: NASA Rescheds ISS-Human Crew Mission to April.

Boeing Starliner Still Has Launch Problems with Propulsion; Now Behind SpaceX Under NASA's Flight to ISS