The federal lawsuit filed by Jeff Bezos' space company follows the denial of the Government Accountability Office (GAO) of Blue Origin's protests. The lawsuit was filed on August 13 and Blue Origin was granted a protective order on August 16. 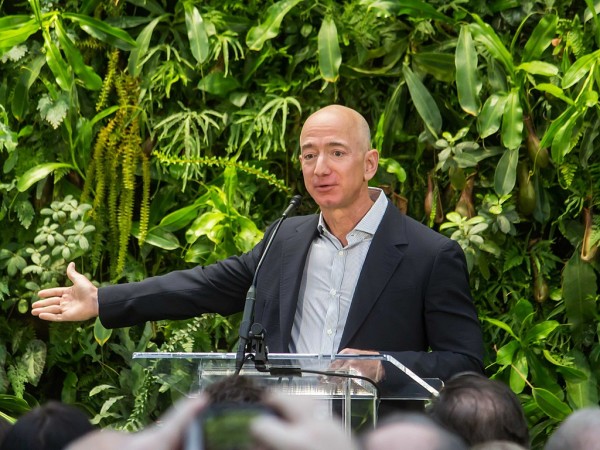 Jeff Bezos' Blue Origin has decided to file a federal lawsuit against NASA over a moon lander contract the space agency awarded solely to Elon Musk's SpaceX. According to a Blue Origins spokesperson, the lawsuit is "an attempt to remedy the flaws in the acquisition process found in NASA's Human Landing System."

"We firmly believe that the issues identified in this procurement and its outcomes must be addressed to restore fairness, create competition, and ensure a safe return to the moon for America," the spokesperson added, as quoted by TechCrunch.

According to Space, NASA's decision to award the contract solely to SpaceX came as a surprise as the space agency was expected to award it to two of the three companies that were bidding. Jeff Bezos' space company and Elon Musk's SpaceX both entered bids for the moon lander contract as did a third company, Dynetics.

NASA was expected to award the contract to two companies "to both fuel the fires of competition and have a backup lander ready in case one was needed."

Reality suddenly differed from expectations when the Senate only approved part of the funding NASA requested for its moon lander project and NASA went on to accept SpaceX's bid. Jeff Bezos and Blue Origin then protested the decision to accept SpaceX's $2.9 billion bid made by NASA.

Both the Jeff Bezos-owned Blue Origin and Dynetics filed formal protests to GAO regarding NASA's decision. The protests, according to the report by Space, caused a 95-day delay for SpaceX, who wanted to begin work on the contract.

Jeff Bezos went on to write an open letter addressed to NASA Administrator Bill Nelson. The open letter detailed Bezos' grievances against NASA's awarding of the moon lander contract to SpaceX as well as reasons why the space agency should reconsider its decision.

GAO eventually denied Blue Origin and Dynetics' protests against NASA on July 30, stating that "they found no evidence that NASA improperly evaluated the three companies' proposals, as Blue Origin accused, and that the agency was within its rights to make a single HLS award," according to Space.

The contract that NASA awarded to SpaceX and Jeff Bezos and Blue Origin has since been fighting for is the Human Landing System (HLS) contract. The winning bidder for the contract, SpaceX, is tasked to provide the space agency with a new moon lander to be used for the Artemis program.

NASA's Artemis program aims to bring astronauts back to the moon by 2024.

Also Read: Wonder How the Artemis Program Will Bring NASA From Moon to Mars?