Intel Arc Brings a New Gaming Graphics Brand for Mobile and PCs, to Debut in 2022

Intel has debuted its latest gaming graphics brand called the "Intel Arc" and it would focus on bringing a new service for hardware and software for both Mobile and PC platforms. The release of the new brand would be in 2022, and it promises a new experience that would take Intel and gaming to the next level.

This new venture would be on par with different competitors in the gaming graphics industry giants, Nvidia and AMD, which has been known for its RTX and Radeon components. 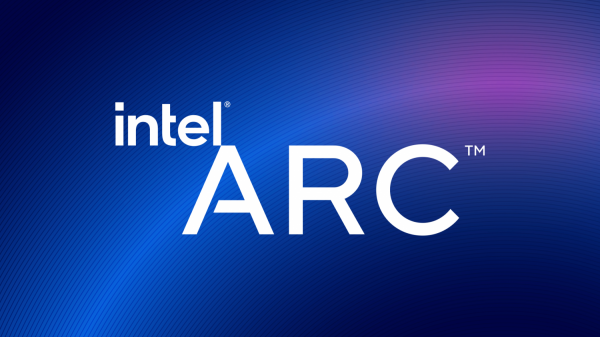 (Photo : Intel)
Intel Arc is bringing a gaming graphics brand for Intel, and the company promises its release by the first quarter of 2022.

According to Intel's Newsroom, the latest gaming graphics brand of the company would be called the "Intel Arc" and it would not focus on hardware alone, but also software and its services.

What is iconic in this new venture is that the company would focus on gaming and devote the latest of Intel's products to it. The first releases of the Arc brand would be available by 2022, and it would both be available on PCs and mobile platforms for people to enjoy.

According to Roger Chandler, Intel Vice President and general manager of the Client Graphics' Products and Solutions the Arc was made for gamers, and it would be focused on performance and delivering the best experience possible.

Read Also: Intel Bridge: Technology, Processors are the Reason for Android Apps to Work on Windows 11, But What Is It?

Intel Arc for Mobile and PC

Intel Arc would be based on the "Intel X" HPG microarchitecture, which is also code-named Alchemist (formerly known as DG2). It would have three classifications under the Arc brand, namely Battlemage, Celestial, and Druid.

The Intel X(e) is a scalable graphics and compute architecture, and its main focus is for its use in data centers to supercomputers of the hardware company.

The Alchemist products of Intel Arc would arrive by the first quarter of 2022, and it would bring a new breed of gaming graphics for both the mobile and PC platforms. This is a breakthrough for Intel, as its graphics have not been focused on gaming and performance before the venture.

The venture would also focus on mobile, and this is a new step for Intel and its services, as it has been bordering on its technology for computers. Mobile gaming and streaming would be a possibility in the coming future as gamers get to experience a brand new product promised by the Santa Clara company.

The Arc would come by 2022 and give people a chance to create, game, and stream without the limitations when using Intel-based components. It would pair well with existing Intel products such as its CPU and software, for easier integration.

Currently, there are no announcements made by the company if they would be replacing the Intel HD Graphics, as the Arc promises a better performing gaming brand.