A "Fortnite" Wonder Woman Cup event is coming to the island along with a skin, and other cosmetic items, Epic Games confirmed. That said, the Amazonian warrior is the third DC Comics hero to be included in the top battle royale. 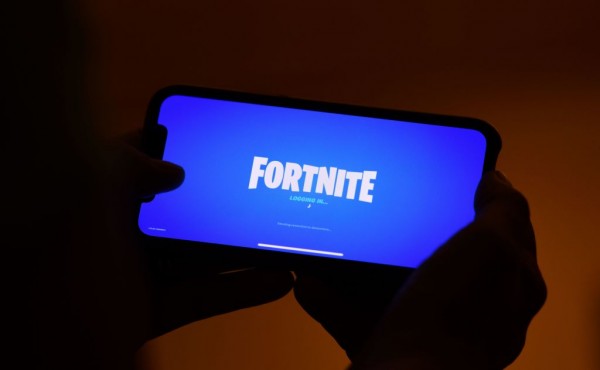 (Photo : by CHRIS DELMAS/AFP via Getty Images)
This illustration picture shows a person logging into Epic Games' Fortnite on their smartphone in Los Angeles on August 14, 2020. - Apple and Google on August 13, 2020 pulled video game sensation Fortnite from their mobile app shops after its maker Epic Games released an update that dodges revenue sharing with the tech giants.

The DC heroine is set to join Batman, the Flash, Aquaman, and even Superman on "Fortnite."

PCGamer noted that along with Cyborg and Green Lantern, the roster of DC's Justice League is complete.

The official Twitter account of "Fortnite" announced that the "Fierce Amazonian Warrior and founding member of the Justice League, @DCComics Wonder Woman is coming to the Island."

The tweet further added that fans of the game and the DC character could get her outfit early.

The "Fortnite" Wonder Woman Cup event is opening on Wednesday, Aug. 18, which will reward the top duo team in a region with free skin, a day earlier before it actually releases on the title's in-game store.

As early as August 8, a "Fortnite," Wonder Woman collab rumor spread after the Chief Creative Officer of Epic Games, Donald Mustard, posted a photo, which included the DC heroine, on Twitter.

A "Fortnite" leaker that goes by the name Ako noted that he observed that Mustard has a habit of randomly including stuff in the background of his posts before confirming a new collab.

That said, the Epic Games exec tweeted a photo that showcased some action figures, books, and a PS5--and one of the collectibles is none other than Wonder Woman herself.

The tweet of Mustard triggered speculations that the next DC hero to enter the world of the battle royale is the Amazonian goddess, who was also a founding member of the Justice League.

Wonder Woman 'Fortnite' Skin: How to Get it Early

As per SlashGear, the Wonder Woman skins are arriving in the "Fortnite" Item Shop on Thursday, Aug. 19 at 8 PM. However, players of the game have a chance to cop a free one a day before it.

The Woman Woman skin comes in two versions: one wearing full pant legs, and the other sports the classic skirt shorts as seen in the movie.

Not just that, there are cosmetic items too, such as the Golden Eagle Wings, a glider; the Athena's Battleaxe, a pickaxe meant to smash men; and lastly, Diana's Mantle, a cape back bling.

To get the Woman Woman skin, together with a bonus Diana's Mantle, you need to be paired in a duo team and complete at least ten matches in maximum. The pair only has at least three hours to earn the points possible. After which, the top duo that will reign on top in every region will get the reward before it comes to the Item Shop.

Meanwhile, a Chris Hemsworth Skin and Icon Series Emote is also rumored to be coming to "Fortnite," as per the latest leaks.