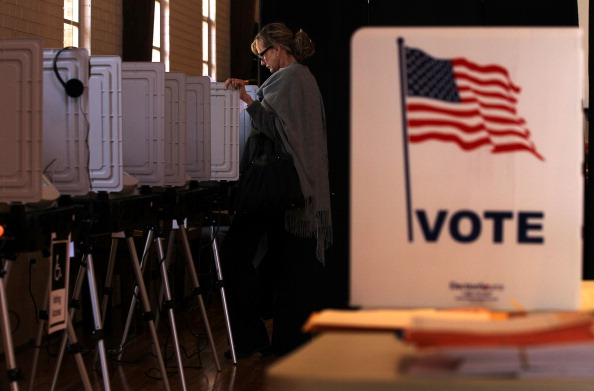 Terpsichore Maras, one of Powell's conspiracy-promoting partners, was able to do this after she claimed that Dominion Voting Systems failed to rebut her claims about possible tampering in the company's voting technologies.

Maras' statements are currently being taken seriously since she is considered a trained crypto linguist, podcaster, QAnon promoter, intelligence contractor, as well as a con artist.

She claimed that the giant voting corporation was not able to disprove that her anonymous affidavit was incorrect. Dominion Voting Systems also allegedly failed to testify against the intelligence contractor's accusations, saying that the company's voting techs are vulnerable to tampering.

According to Gizmodo's latest report, the viral podcaster uploaded her latest affidavit report against the voting system provider on Aug. 17. 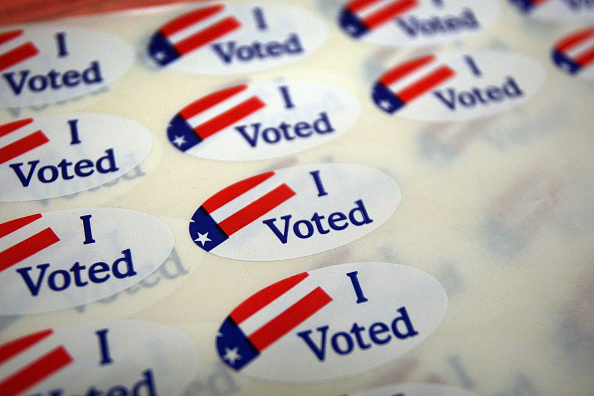 (Photo : Photo by David McNew/Getty Images)
A sheet of voter stickers is seen inside Fire Station 38, as people go to the polls for a special election called by Gov. Arnold Schwarzenegger and lawmakers to decide on statewide budget-balancing ballot propositions on May 19, 2009 in Pasadena, California. The governor says that a passage of the suite of measures is crucial to repairing the state budget crisis.

"The key issue in this is that MOST of the COTS used by Election Machine Vendors like Dominion, ES&S, Hart Intercivic, Smartmatic and others is that such manufacturing for COTS has been outsourced to China," she said in her latest affidavit report.

She also claimed that if this is implemented in the U.S. Election machines, they could be vulnerable to backdoors and black box antics since the hardware changes could not be detected. But, Dominion Voting Systems Corporation listed her in its $1.30 billion lawsuits.

The company also reiterated that her statements are unreliable since she has insufficient sources. But, Mars declined the agency's rebuttal and provided math equations and photographs that show the involvement of various Chinese hardware manufacturers.

In other news, Snopes fact-checking website is also having some issues after it was accused of plagiarism. On the other hand, Huawei also faces a lawsuit after authorities claimed it spies on Pakistan residents.

Mars said in her Tore Says report that Dominion Voting Systems' machines don't have the capability to detect vote manipulation.

She added that she was frustrated since authorities didn't bother to investigate the alleged voting system issue. The intelligence contractor also claimed that she made some efforts to find proof that vote tampering could happen in Dominion Voting Systems' hardware and software.