Waze Debuts 'PAW Patrol,' Making the Drive More Kid-Friendly—Here's How to Use for Navigation

Waze is bringing "PAW Patrol" into its navigation, and these voices and avatars could soon replace your daily drives into a kid-friendly experience that would help when stowing the young ones along. The collaboration would feature popular characters from the children's series with Ryder, Chase, Marshall, Skye, Rubble, and more.

The popular navigation app is known for its nifty features, as well as special voices that come in season or occasion, with the likes of Santa Claus dropping by during the holiday seasons. 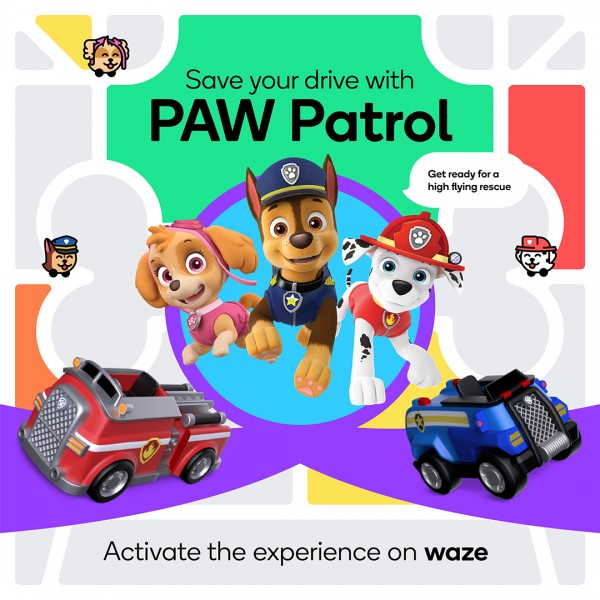 As revealed by Waze via its official Twitter account (@waze), the social driving app is debuting the popular series from Canada's Spin Master Entertainment as a theme within its services. The collaboration brings the adventure buddies of Ryder and Chase, which go around the neighborhood to save the day and solve conflicts.

The focus of "PAW Patrol" and Waze are similar, as both aim to clear the roads and give those that use it a safe and unbothered day as they go on to do their businesses. Both are also based on technology, which uses innovations in tools and equipment.

Users can "activate" the experience on the Waze app, and it would help in bringing the "moods" or voices to be used, replacing the default or preferred one. "PAW Patrol" is an extremely popular children's series franchise that has been embedded in modern popular culture.

Read Also: Apple Watch Data Led to the Arrest of a Group of New York Robbers Who Stole $500K Cash

Waze has announced this feature via Medium in a press release, and it is easy integration with the application to switch with the theme, which is special for this month. However, it remains unknown whether how long "PAW Patrol" would stay within the application, if it would still be available after this month.

Each drive would be treated as a "mission," with mission command "Ryder" would be the voice to navigate the puppies in their everyday venture to go from one place to another.

To activate the "PAW Patrol" experience:

Waze is one of the most popular navigation app available in the market today, and it easily gives users a GPS on their smartphone devices, provided that it has an internet connection.

It is on par with Google and Apple Maps, with the latter taking a page from Waze and its features. Waze is known for its user-friendliness and a wide database that comes from reports, contributed by its network of drivers.