Pokemon's Nintendo Switch Lite Dialga and Palkia Special Edition is launching this Nov. 5, along with the games that were teased during the Pokemon Presents event. 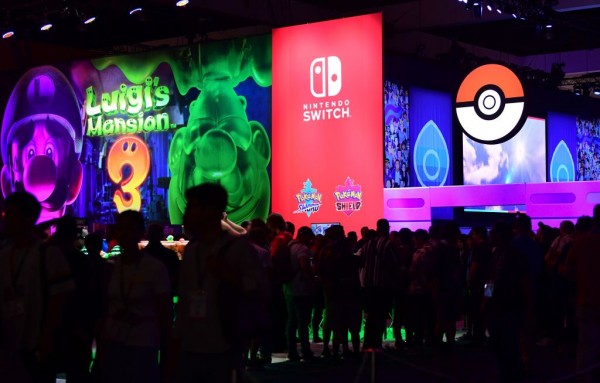 As per NintendoLife, the new Nintendo Switch Lite System celebrates the "Pokemon Briliant Diamond and Shining Pearl," the remake of the game that carries the same name, which will also be releasing later this year.

"Pokemon" fans will be delighted to get their hands with the new Pokemon Nintendo Switch Lite system, due to its nostalgic design.

iMore noted that the previous "Pokemon" edition of the Switch Lite, Zacian and Zamazenta, sold out swiftly when it was released alongside the "Pokemon Sword and Shield."

That said, it sure does suggest that the Dialga and Palkia version are also expected to face the same fate.

As the name clearly suggests, the special Switch Lite release features two Legendary Pokemons, Palkia and Dialga, on the rear of the portable gaming console.

It is worth noting that it is the first time that an official Nintendo Switch system sported a metallic grey color scheme, which Apple users are familiar with. Even the buttons of the Dialga and Palkia edition are in the color black.

The dark-themed Switch suits the preference of folks who like darker hues than whites, which the gaming console commonly flaunts.

The latest Pokemon Switch attempts to mimic the look of the Nintendo DS Lite system, which was launched in 2008, giving it a nostalgic and sentimental feel.

The new Lite carries the same color and illustration at the back. The new Switch Lite likewise exhibits both Dialga and Palkia in an illustration of gold and gray hues.

According to MXDWN, the modern look of the Switch is better suited with the Dialga and Palkia decals found on its rear.

Meanwhile, the front design of the latest Pokemon Switch is minimalistic with no decals found--just a plain metallic gray design.

It is worth noting as well that the new Switch Lite system releases along with the new games that the Pokemon Present event introduced, namely the "Brilliant Diamond Shining Pearl," "Cafe ReMix," and "Legends: Arceus"

The "Brilliant Diamond Shining Peral is the modern take of the "Pokemon Diamond and Pearl" of the Nintendo DS, which was released in 2006.

The remake is set to release a few days after the special edition Switch Lite, or on Nov. 19 to be exact. Not to mention that "Pokemon Cafe ReMix" is also releasing sometime in September, October, or even November.

On the other hand, the "Pokemon Legends: Arceus" will be available for purchase on a much later date, sometime in the first quarter of 2022.