U.S. scientists claimed that nuclear fusion could be used to create better clean energy. They used three giant lasers with a combined size comparable with three football fields in order to prove their point. 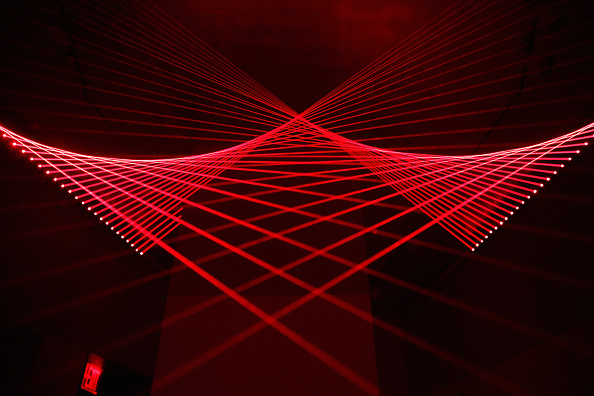 (Photo : Photo by Brian Ach/Getty Images for Audi)
A view of lasers during "Bold Notion: Art of Innovation", an immersive exhibition of light and space curated by artist, Matthew Schreiber, presented by Audi as part of the CORE: club's Bold Notion series at the CORE: club on May 12, 2016 in New York City.

As of the moment, various manufacturers are trying to increase clean energy usage to lessen the rising carbon emissions across the globe.

"To hit break-even, to extract more energy than you put in, and this could eventually become a game-changer," added the physicist.

(Photo : Photo credit should read JEFF PACHOUD/AFP via Getty Images)
A green laser ray is emitted above Lyon to calculate the variations of light speed in the atmosphere on September 24, 2015. AFP PHOTO / JEFF PACHOUD

In their paper, involved scientists pointed their giant lasers onto a tiny spot to create a huge burst of energy, which is allegedly eight times greater compared to their first estimation.

However, this massive energy emission lasted only 100 trillionths of a second, which is way shorter than one second. Although this is the case, the produced 1.3 megajoules energy still showed that if better technologies or methods are developed, nuclear fusion could be used to generate better clean energy.

In other news, experts discovered that steel manufacturing could be conducted without relying on fossil fuel. On the other hand, NASA JPL discovers that the Milky Way Galaxy has a broken spiral arm.

Nuclear Fusion as a Safe Source?

Michio Kaku explained how nuclear fusion could be a safe source for creating clean energy. The scientist explained that since fusion reactor is carbon neutral, it doesn't create carbon dioxide, which is the main cause of the rising global warming.

On the other hand, he added that nuclear fusion also doesn't create nuclear waste, which is usually found in fission plants with uranium.