James McAvoy, who most people know as the younger version of Professor X in the "X-Men" franchise, talked about his experience with the popular game "The Elder Scrolls 4: Oblivion" in his recent interview. 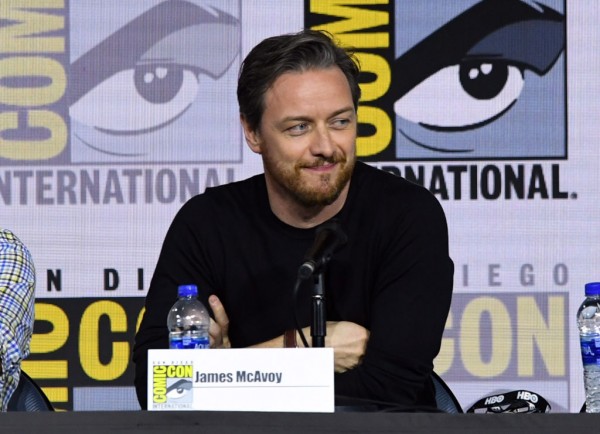 Many of us may have experienced playing a gaming title that we got hooked on so obsessively that we lost our sense of time. However, not many of us have decided to forcibly destroy it to drastically put an end to our unhealthy habits.

But McAvoy chose a different path.

He revealed during the interview with Forbes that since he was young he already had this special fascination with games, much more of the fantasy role-playing or RPG.

The Scottish actor, who also played roles for blockbuster films like "Atonement" and "It: Chapter Two," went on to name the games he used to spend time with, including "Secret of Mana," and "The Legend of Zelda."

He also played "The Elder Scrolls 4: Oblivion," which he burned as he felt that he was already spending too much time on it unconsciously.

Read Also: 'Elder Scrolls Online:' What to Expect for the Next-Gen Upgrade of this Game in PS5,Xbox Series X|S

As per TheGamer, McAvoy started his love affair with the top-grossing RPG game when his girlfriend in 2007 generously gave him an Xbox 360 paired with "The Elder Scrolls 4: Oblivion."

It was the perfect gift back then for a man who once loved playing fantasy RPGs during his younger years.

But he did not burn the disc of the game upon receiving the gift from his partner. The brutal incident happened when he was shooting a film entitled Becoming Jane.

The award-winning and one of the highest-paid actresses, Anne Hathaway, also starred in the said movie as the love interest of McAvoy's character.

The Scottish actor recalled that he was supposed to sleep in his bed by 10 pm as he needed to wake up at 6 in the morning for his shoot. Not to mention that he even had a lot of lines to memorize for the movie.

But instead of getting his much-needed good night's sleep, he spent his night playing "Oblivion," and laid down to his bed at 5 am.

Then, a few minutes after he rested his back on his mattress, he heard his car's horn at 5:45.

That's when he realized that he had to put an end to his obsession with gaming.

As such, McAvoy went straight to the gaming console, pulled the disc out of it, and burned the copy of "Oblivion." He even remembered seeing it melt slowly in front of him.

Elsewhere, Bethesda's Todd Haward revealed that "Elder Scrolls 6" is still in the works, specifically at the design stage.

Meanwhile, here's what to expect from "Elder Scrolls Online."

Related Article: 'Elder Scrolls V: Skyrim' is Getting a Board Game: Bethesda and Modiphius Entertainment Collaborates