According to a report by Yahoo! News, the much-anticipated sequel to the generation-defining "Horizon: Zero Dawn" will launch on February 18, 2022, for the PS4 and PS5. This is exciting news in light of the multiple delays that "Horizon: Forbidden West" had to go through during the past few years. 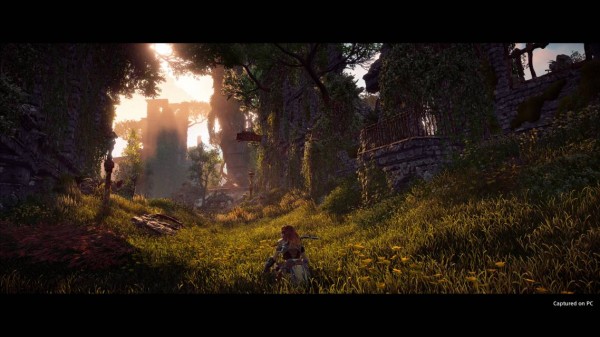 Pre-orders for the game will open on September 2, according to Engadget. Furthermore, the developer also promised a free upgrade to the game's PS5 version, for fans who will play on the last-gen PS4 console.

Its original release date was supposed to be Holiday 2021, which would've been a perfect time to get gamers seated on the couch with not much else stopping them from enjoying the game. However, developer Guerilla Games cited the pandemic as having severely impacted the game's development cycle.

Among their reasons was trying to maintain their employees' work-life balance, which forced them to rethink their development strategy. Still, it looks like they managed their time well enough. For now, it seems like the release date is set in stone, unless further unforeseen delays happen.

Since the game will be a cross-generation title, gamers playing "Horizon: Forbidden West" on the PS4 might be experiencing far less graphical fidelity than what their PS5-owning counterparts. But this doesn't mean they're going to get a bad game.

"Horizon: Forbidden West" takes place shortly after the events of "Horizon: Zero Dawn," where the game's heroine Aloy will be journeying from her home in the Colorado Rockies to the West Coast, in the ruins of what looks like San Francisco, California. There, she will be meeting a new enemy faction, several new types of machines, and will be uncovering the secrets of the big bad AI program known as HADES.

The setting and the new enemies were shown off in an extended gameplay reveal during Sony's State of Play presentation last May:

This reveal, however, didn't exactly sit well with several fans who complained that Aloy somehow looks a little "masculine." One user went to Twitter and aired their grievances, which quickly went viral with many people criticizing their thoughts. Game industry personality Alanah Pearce clapped back at the fan on Twitter with a strongly-worded retort:

if you’re out here tweeting about how Aloy isn’t attractive enough for you, you had better be a fucking supermodel pic.twitter.com/ZWK9LrK7n5

As such, the trailer shows that Aloy is indeed a different character in "Horizon: Forbidden West." One can assume that she's older, wiser, and tougher from her prior experiences during the events of the first game, and that she doesn't have time to "look pretty" while battling hordes of machine animals that are all trying to kill her.

To close things off, fans who can't wait until next year can still play with "Horizon: Zero Dawn" on the PS5 since Guerilla Games just released a 60 FPS patch for the console.

'Horizon Forbidden West' Shows Aloy with Bigger Cheeks, and the Internet is Losing It