AMD EPYC Milan-X CPU will feature 3D die stacking through its 3D V-Cache technology, according to the most recent leak.

Despite the successful release of the EPYC 7003-series, the card manufacturer is rumored to be developing an improved Milan chip with 64 cores. 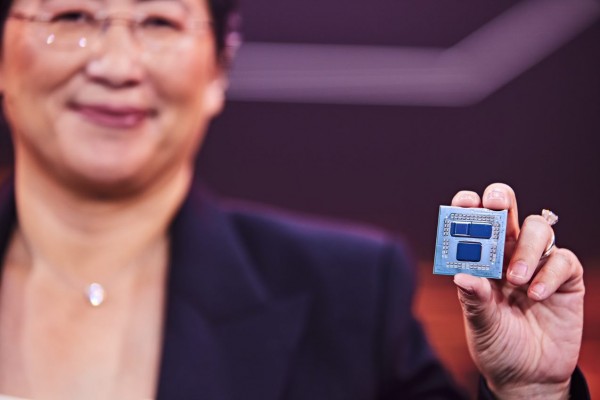 (Photo : Lisa Su via screenshot from Twitter )
According to the leakers, the AMD EPYC Milan-X processor will feature a 3D V-cache technology intended for chip stacking.

According to Tom's Hardware on Wednesday, Aug. 25, the rumors about Milan-X's upcoming 3D die stacking started from Patrick Schur and Executable, the two prominent CPU tipsters.

The leak suggests that EPYC Milan-X will boast 64 cores but it would likely preserve the old Zen 3 CPU core design. AMD may be now heading to improve its bandwidth delivery through chip stacking technology.

At the moment, the leakers have not yet announced the type of memory for the leaked AMD chip. What's important is that the CPU maker will introduce the 3D V-Cache for the EPYC Milan-X card.

From what the company demonstrated previously, the 3D V-Cache Ryzen chiplets might change the game for gaming. According to AMD, the users will experience 15% gaming improvement through the use of the said chips.

From another report by Wccftech, there was another leaker who released the possible specs for the rumored AMD EPYC Milan-X. Here are the leaked specifications of the CPU at the time:

The leaker behind these Milan-X specifications was momomo_us, a famous Japanese hardware insider on Twitter. According to his tweet, there was a possibility that Milanx-X will debut under the EPYC 7073 trademark.

Moreover, AMD could potentially launch the EPYC 7773X as a flagship SKU. Momomo_us noted that both Milan and Milan-X could have an identical set of configurations. What the leaker does not know so far are the CPU's clock speeds.

The leaks about EPYC Milan-X's 3D die stacking might excite the fans, but first, it's important to know what 3D V-Cache technology can do to the CPU.

The 64 MB of L3 cache could be integrated with a single stack of 3D V-cache. In addition, this would add another 32 MB to achieve 96 MB per CCD.

The interesting part of the features of an AMD CPU is the 512 MB of L3 cache that is obtainable through the V-Cache stack. Since it could reach up to 8-hi, the cache size can even expand to 768 MB of L3 cache.

The American tech giant is potentially gearing up to compete with other CPU brands. Many chips out there are already considered as a monster in the field of chip technology. AMD will make sure that the Milan-X can keep up with them through the 3D V-Cache.

In March, the AMD Zen 4 CPU was rumored to have a staggering number of 96 cores and 192 threads. This speculation convinced other users that Zen 4 could surpass what Zen 3 did.

It was not the first time for AMD's 3D-Die stacking technology to be featured for the Milan-X. Back in May, the leakers divulged details about its capabilities.

The 3D-die stacking of AMD has the potential to match the Foveros 3D stacking tech of Intel which was launched two years ago.