Xiaomi 12 Ultra With 200MP Cam Sensor To Debut—Better Than Samsung and Other Camera Phones?

Xiaomi 12 Ultra could have camera features compared to Samsung Galaxy S21, S20, and other high-end models since it would be the first device to have a 200MP sensor once it debuts.

(Photo : Screenshot from YouTube account of TechDroider )
Xiaomi 12 Ultra With 200MP Cam Sensor To Debut—Better Than Samsung and Other Camera Phones?

#WebsiteTechNews #website #websitehelp #websitenews #websitepost Too many megapixels: Xiaomi 12 Ultra could have 200MP camera and more: According to a popular leaker, the top-end Xiaomi 12 phone will have a 192MP or... https://t.co/gmWcOxj1Hh pic.twitter.com/UMgTGzPF6H

On the other hand, the giant Chinese tech creator also announced that the new advanced smartphone would ditch the name "Mi" since it is planning to change its handset branding.

When it comes to date, the company still hasn't confirmed the exact launch schedule of the upcoming Xiaomi 12 Ultra. Because of these, various rumors are basing the debut date on the recently released Xiaomi Mi 11 Ultra, which was launched back in April.

If the Chinese smartphone manufacturer plans to follow its latest handset debut pattern, 12 Ultra could arrive by April 2022 or around Q2 2022. Aside from this, leakers also claimed that the upcoming camera smartphone would also have three models as part of its lineup.

According to Android Headlines' latest report, the new Xiaomi 12 lineup would have high quality 5x periscope ultra-telephoto feature that would work with its 200MP sensor. On the other hand, these new Chinese smartphones could also be integrated with advanced ultrawide angle cameras. 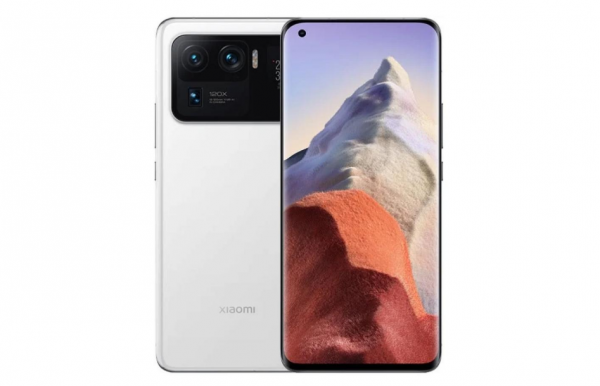 (Photo : Screenshot from Twitter post of @BlogNT)
Xiaomi 12 Ultra With 200MP Cam Sensor To Debut—Better Than Samsung and Other Camera Phones?

Xiaomi 12 Ultra could offer more detailed captured images and footage when it comes to photos and videos. However, the quality of its photos would still depend on how its system would generate them.

Some speculations claimed that the upcoming Chinese handset would rely on pixel binning to provide the best photo outputs.

This simply means that the shots taken using the smartphone's 200MP would be binned down to 16MP. Thanks to this method, you would have manageable captured images with better qualities than the 200MP raw formats.

In other news, Samsung Galaxy S22's vapor chamber tech could be delayed. On the other hand, various leakers claimed that Apple Face ID would have a new version.

As of the moment, it is still hard to conclude if the upcoming Xiaomi 12 Ultra could beat the latest Samsung Galaxy S21 or its predecessor, S20. But, it clearly has the highest Megapixel feature compared to other high-end camera smartphones.

Based on the provided lineup, most Android smartphones only have 108MP or 64MP primary camera sensors. But, this could change once Xiaomi 12 Ultra arrives.