YouTube Music's Wear OS app was finally released on Aug. 26, but Google noted that it will only be available on Wear OS 3, and it does not have plans to release its predecessor. 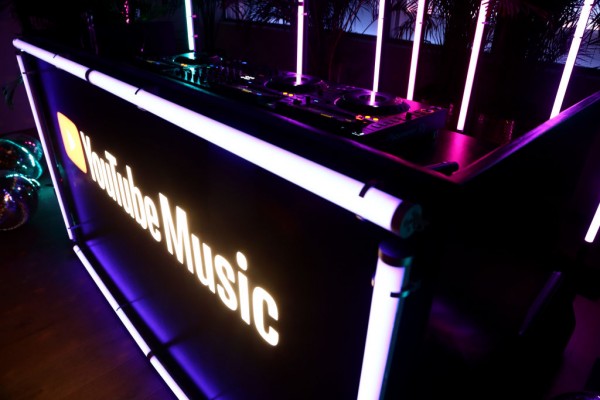 (Photo : by Tommaso Boddi/Getty Images)
LOS ANGELES, CALIFORNIA - DECEMBER 11: A general view of atmosphere at A Celebration of The Fearless Women in Music Hosted by YouTube Music and Megan Thee Stallion at Spring Studios on December 11, 2019 in Los Angeles, California.

However, YouTube Music was only available to the Samsung Galaxy 4 Watch series, and Google has yet to reveal details about its wider release to Wear OS 3.

As per 9to5Google, the YouTube Music app strictly only works for Wear OS 3 wearables. Sideloading the app, or unofficially uninstalling it via APK, still will not make it work for older smartwatches.

The said outlet confirmed that it does not work even when sideloaded after attempting to do it on an older smartwatch.

9to5Google narrated in the same report that they tried to sideload the APK file from a Galaxy Watch 4 into a Moto 360, which still runs a Wear OS 2. And it still failed to run.

Meanwhile, according to Android Headlines, having YouTube Music unavailable for Wear OS 2 leaves users to choose other competing music apps. It is to note that Google has previously killed the Google Play Music app on smartwatches.

Alternatively, users of the older Google wearable software could instead opt for Spotify, which recently introduced its offline playback feature for Wear OS.

Users could opt to upgrade their smartwatch. Although it is worth noting that TicWatch wearables are getting the Wear OS 3 later on.

It turned out that the YouTube Music app fails to work on older smartwatches as it requires a device to run at least Level 30 API to run.

To compare, the Wear OS 2 only features a level 28 API, running the Android 9.

As such, the sideloading test ends up useless--except for informing us that YouTube Music really needs Wear OS 3 to run.

That said, Android Central reported that some users attempted to modify the APK that was ripped of from Samsung by altering its minimum API level.

It sounds like the perfect thing to do as it is the issue that hinders YouTube Music from running on older smartwatches.

Even so, this time around, the Google login support did not work, making it impossible to use the YouTube Music app.

Unless someone out there finds a way to make YouTube Music work on Wear OS 2, it is safe to conclude for now that the two are not meant to be.

Hence, users of older smartwatches could only choose other music streaming platforms in the meantime.

Related Article: Spotify vs. Apple Music vs. YouTube Music: Which Is the Best Music Streaming Service For You?