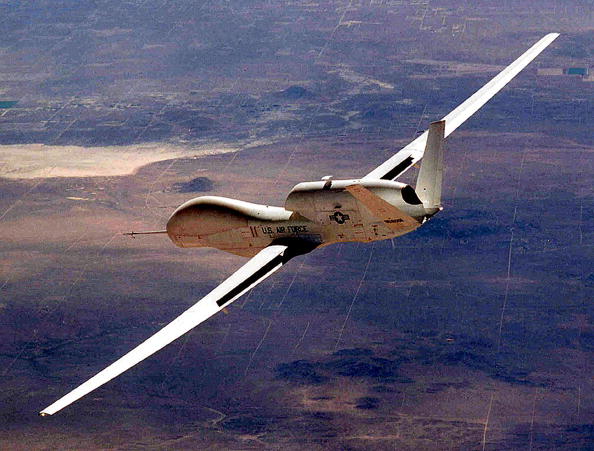 The U.S. military explained that the specific location they attacked is the Nangarhar since that province is where the ISIS-K group member, who allegedly planned the recent Kabul airport attacks, was located.

"Initial indications are that we killed the target. We know of no civilian casualties," said the Central Command's Capt. Bill Urban.

He added that the drone strike is clearly an efficient counterterrorism operation of the United States, which could prevent further attacks as the country still pulls out its military personnel.

According to BBC News' latest report, around 5,000 U.S. troops are still stationed at Kabul airport. They are still there to make sure that other American individuals will be transported safely outside Afghanistan. 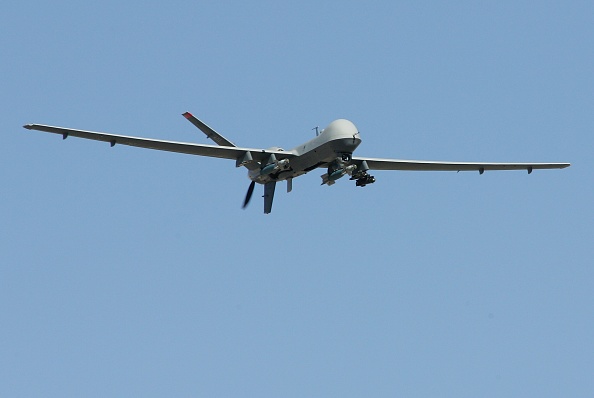 (Photo : Photo by Ethan Miller/Getty Images)
An MQ-9 Reaper flies by on a training mission August 8, 2007 at Creech Air Force Base in Indian Springs, Nevada. The Reaper is the Air Force's first "hunter-killer" unmanned aerial vehicle (UAV) and is designed to engage time-sensitive targets on the battlefield as well as provide intelligence and surveillance.

On the other hand, the current U.S. President Joe Biden was deeply saddened by the deaths of his soldiers. He said that he will not forgive and forget those behind the attacks.

Because of the recent bombings and shootings, the American leader announced that they would still conduct more drone strikes to neutralize the ISIS-K group members who are causing violence near the Kabul airport.

In other news, the U.S. Boeing-made drone successfully refueled a Navy jet. On the other hand, the U.S. Navy's next-gen amphibious ship could arrive.

Other Uses of U.S. Drones

However, drones or UAS units are not only used to cause violence against U.S. enemies. Here are some of the things that the United States Navy or Military are conducting using their UAS models, as reported by SANDBOXX.

For more news updates about the upcoming U.S. drone strikes in Afghanistan and other related topics, always keep your tabs open here at TechTimes.