"Call of Duty: Warzone" players want Activision and Raven, the developers behind the popular battle royale game, to bring back some of the old battle pass items and bundles that were once available in the store. 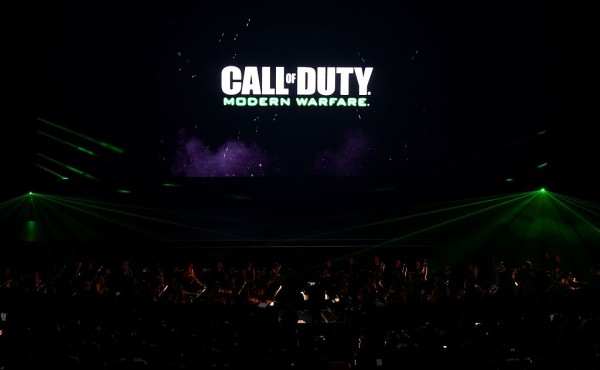 (Photo : by ROBYN BECK/AFP via Getty Images)
"Call Of Duty" game is demonstrated at the Sony PlayStation E3 press conference at the Shrine Auditorium in Los Angeles, California, June 13,

The demand of the "Warzone" players will give opportunities for those who have missed famous skin collabs, or even items to acquire them.

As per Dexerto, players of the game had high praises for the exciting and varying skin options that the battle royale has been releasing. One of which allows "Call of Duty: Warzone" players to explore Verdansk as the "Die Hard" protagonist, John McClane.

However, these sought-after skins are only available for a limited time and have not seen the light of day since.

That said, "Warzone" players who missed the first chance have a very slim possibility to get them as battle pass items do not usually make a comeback.

To solve the frustration of some folks, numerous players called for "Warzone" to implement the same major change that another battle royale title, "Apex Legends" introduced in its Season 11 update.

To be precise, "Apex Legends" players now have another chance to get hold of old battle pass items and bundles after some time when it left the store.

According to CharlieIntel, the major move of "Apex Legends" for its Season 11 update was first unveiled in a leak that showed the FAQ page of the battle royale game.

Its "Battle Pass" section wrote that "items may return in a future event or promotion."

The statement further noted that the new rules will begin from Season 11 and its succeeding updates.

Although it is to note that there is no assurance that all Battle Pass items will be re-introduced, there is still a chance for players to see them again in the store due to the new system in "Apex."

A Redditor further mentioned that another game, "Halo Infinite," is set to introduce the same system as "Apex Legends," adding items to come back after at least six months.

Dexerto also noted in the same report that numerous "Warzone" players on Reddit are already specifying their preferred Battle Pass item to return, including the Roze skin and the "Modern Warfare" operator, Yegor.

However, some folks argued that introducing recurring battle pass items is unfair to the previous players who worked their asses off to avail themselves of the sought-after skins or other items.

Related Article: 'Apex Legends' EA Play Live Jumpmaster Gun Charm: Respawn Finds a Way on How You Can Get It for Free