Radiation is now becoming more useful than ever as scientists and medical experts are now finding ways to use this technology. Some U.S.-based experts recently claimed that radiation fusion could even be used to generate cleaner and more efficient energy.

Now, the Cleveland Clinic and OhioHealth researchers claimed that their new radiation treatment method could be used to cure or prevent cancer.

The so-called TFRT (Temporally Feathered Radiation Therapy) just completed its first-in-human medical trial to show its feasibility, as well as how safe it really is.

"We are excited that the complex TFRT technique, which uses current planning systems, was able to be delivered safely and in a standard clinical workflow," proudly announced by Jacob G. Scott, M.D., one of the major experts in the new radiation cancer treatment study. 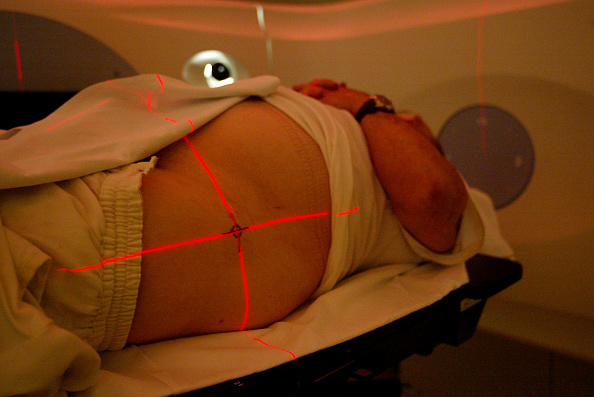 (Photo : Photo by Chris Hondros/Getty Images)
Lasers are precisely pinpointed on a patient with prostate cancer at the radiation oncology center at Cape Fear Valley Medical Center June 17, 2003 in Fayetteville, North Carolina. Innovations in cancer treatment, such as more precise doses for chemotherapy drugs and high-tech radiation machines - as well as improved support groups for sufferers and family members.

On the other hand, experts also said that this new cancer treatment technique is also safe since it reduces radiation-induced toxicities. They added that TFRT can do this by optimizing the time through which radiation is delivered.

Aside from these, involved medical researchers also explained that it could improve normal tissue recovery.

In other news, a stroke predicting AI is currently in development. On the other hand, Facebook and Flipboard released new platform updates to reduce user doomscrolling.

This new radiation study titled "In vivo assessment of the safety of standard fractionation Temporally Feathered Radiation Therapy (TFRT) for head and neck squamous cell carcinoma: An R-IDEAL Stage 1/2a first-in-humans/feasibility demonstration of new technology implementation," which was published by the Radiotherapy and Oncology Journal, provided some of the major highlights that the researchers were able to achieve:

For more news updates about the new radiation cancer treatment and other medical technologies, always keep your tabs open here at TechTimes.

Related Article: New Epilepsy Drugs Could Be On The Way After Discovery of Potential of West African Fruit