How to Spot Airbnb Hidden Cameras, TikTok User Claiming to be an Ex-Hacker Exposes on Viral Video

Airbnb hidden cameras have been giving some users of the booking app anxiety whenever they book their stay on its rental offerings. 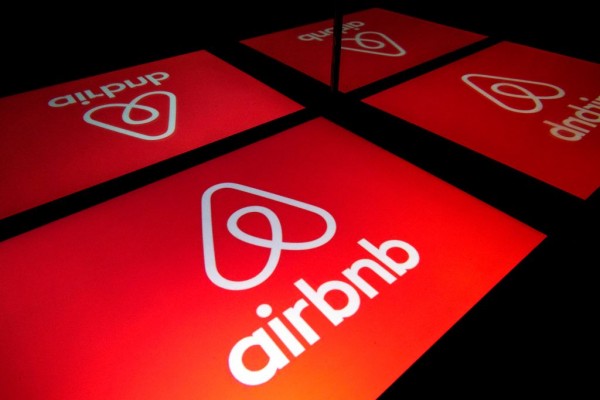 (Photo : by LIONEL BONAVENTURE/AFP via Getty Images)
This illustration picture taken on November 22, 2019, shows the logo of the online lodging service Airbnb displayed on a tablet in Paris.

Thankfully, a man claiming to be an ex-hacker and cybersecurity educator exposed how to spot them in a viral TikTok video.

As per the website of Airbnb, hosts are supposed to declare any recording devices inside their property listing even if it is a security camera, and regardless if it is turned on or off.

The rental platform requires their hosts to list it under the "Thing to know" section of "Health & safety."

That said, hidden cameras inside Airbnb are prohibited by the rental service app itself, but that does not stop its hosts from breaking the rules.

As such, those booking their stay in Airbnb are still skeptical and want to be assured that there are absolutely no hidden recording devices prying at them without their consent.

It is worth noting as well that way back on April 3, 2019, a couple from California revealed that they caught a camera inside their Airbnb rental where they were staying, which was hidden inside a smoke detector.

What's more, it comes after another man from Florida found not just a single camera, but two recording devices inside his Airbnb-affiliated apartment.

How to Spot Hidden Cameras in Airbnb

According to Newsweek, a man that described himself as currently a cybersecurity educator and formerly a hacker posted a video on TikTok that exposed hidden cameras.

The viral TikTok video has already garnered a whopping 11 million views on the video-sharing platform.

The TikTok user that goes by the name Marcus Hutchins highlighted those tiny cameras are usually hidden inside common items inside rental properties, such as clocks, smoke detectors, and even USB chargers.

Hutchins further noted that fire alarms above the bed are the most common spot of hidden cameras in Airbnbs.

That said, Hutchins gave tips on how to look for hidden recording devices tucked inside these items.

The self-professed hacker said that "one way to see if the device is a camera is to shine a bright light at it." Upon doing so, a camera lens shows off a blue reflection.

To be precise, do this by using the camera of your phone paired with its flash functionality or a separate flashlight. Hutchins further added that this method works on alarm clocks as well.

Read Also: #TechCEO Brian Chesky: The Airbnb Co-Founder Who Started By Renting Out Airbeds in His Apartment

How to Spot Hidden Infrared Cameras in Airbnb

Meanwhile, some creepers go the extra mile and use night-vision cameras to record their guests even when the lights are turned off.

Hutchins also shared his tips on how to detect them in Airbnb properties.

Start by turning off all of the lights and make sure that it is pitch black. Then, use the selfie snapper of your smartphone and look for infrared LEDs in the rental listing.

Elsewhere, Airbnb vowed to accept Afghanistan refugees in their listings for free amid the Taliban takeover.

Related Article: Airbnb Plus Is For Filthy Rich Travelers Who Don't Mind Spending A Luxury On Nice Rooms