Intel is getting closer and closer to the impending release of their Alder Lake CPUs, which is why compatible motherboards are not far behind.

Gigabyte takes the first crack at the Intel Alder Lake hype, with two early models: the Z690 AORUS Master and the Z690 AORUS ELITE AX, both of which are on the LGA 1700 socket and is currently priced at $327 (ELITE AX) and $573 (AORUS Master), reports WCCFTech.

The preliminary pricing is pretty steep, but this is just at the current exchange rate since the Intel Alder Lake motherboards were first spotted in Australia. A Twitter user with the handle @momomo_us spotted the product listings for the two boards, and they reveal a bit more about them than just the price:

Don't let the pricing fool you, though, by comparing the Gigabyte Z690 AORUS Master to its Z590 predecessor. You'll only see an average price difference of $17. It also means that Gigabyte won't be going crazy with so-called "early adopter pricing" for Intel Alder Lake, which could result from including newer tech like high-speed DDR5 RAM and PCIe Gen 5. 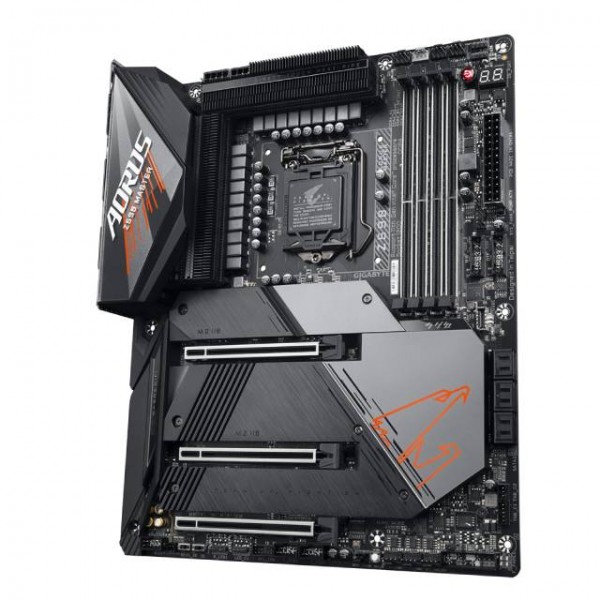 As you should know, with Intel Alder Lake, Z690 will be the flagship chipset. This means that it's going to support enthusiast-level features such as overclocking. Buyers can also expect native DDR5 speeds up to 4800 MHz, while lower-tier chipsets (likely H670, B650, and H610) will only offer DDR4-3200 MHz at most.

Early on, it has been reported by Tech Radar that Intel Alder Lake chips would probably go on sale on November 19, which would be preceded by a launch event a week before.

Should Intel's Alder Lake chips be hyped? Judging on early leaks, perhaps people should hype them up. That's because, after years of taking a beating from AMD Ryzen in the desktop market, it looks like Team Blue now has a good chance of fighting back.

Perhaps this could be due to what Intel is bringing to the table for this generation. Alder Lake CPUs are built on a new architecture, big.LITTLE is largely based on Arm tech (an architecture often used in making mobile CPUs). The architecture is built just as its name suggests: it features several high-powered "big" cores alongside an equal number of high-efficiency "little" cores that are designed to handle mostly background tasks.

Intel is taking advantage of this hybrid CPU architecture which is very evident in the i9-12900K. Unlike past Intel chips, the 12900K features a total of 16 cores and 24 threads because the 8 "big" cores are hyperthreaded while the 8 "little" ones aren't. This radically different approach to designing a desktop chip could be Intel's saving grace, though the larger picture still remains to be seen.